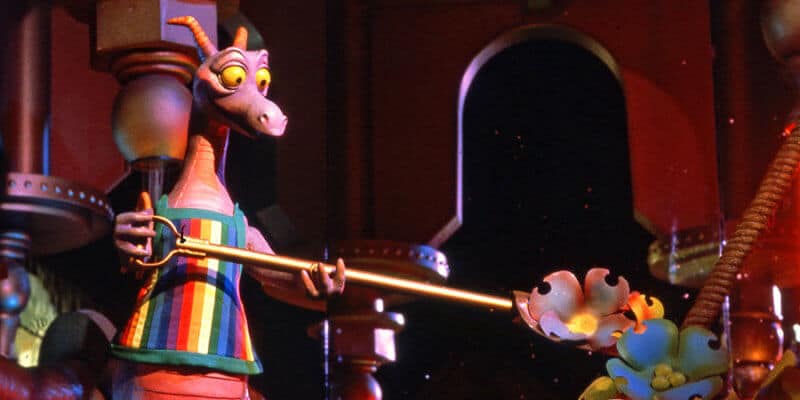 If you love the Figment character at EPCOT, you’re going to love this new announcement.

Figment has been an iconic character at EPCOT in Walt Disney World Resort since the Disney Park’s opening. The beloved character has his own ride in Journey Into Imagination With Figment at EPCOT and, earlier this year, a Figment Popcorn Bucket absolutely took the World of Disney by storm.

The popcorn bucket garnered lines of more than seven hours as Disney Park fans waited in line to get their hands on the beloved collectible.

Now, there’s a major addition coming to the character in the near futre.

Speaking at the D23 Expo 2022 in Anaheim, Southern California, Disney Parks, Experiences and Products Chairman Josh D’Amaro has announced that the Figment character will be meeting Guests at EPCOT beginning next year.

While an exact date for the experience has not been announced, this is absolutely exciting for Disney fans wanting to meet one of the most popular characters at Walt Disney World Resort.

With this update, you’ll be able to not only ride Journey Into Imagination, but you’ll also be able to meet the character, as well.

Journey Into Imagination takes Guests on a ride that features The Institute’s beleaguered chairman Dr. Nigel Channing (played by Eric Idle), who sets out to prove how the 5 senses capture the imagination—but he’s upstaged by the mischievous Figment!

Are you excited to meet Figment? Let us know in the comments!