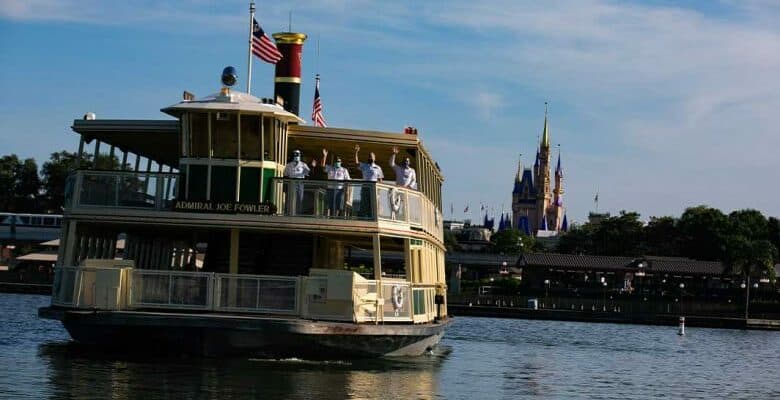 It’s a debate that has always plagued the Disney Parks fan community: Who should get the limited seats on crowded busses, monorails, and ferry boats?

Some feel tired parents should get seats. Some feel the seats belong to little ones and pregnant people. Walt Disney World Resort encourages Guests to give their seats to the elderly and Guests with disabilities.

Related: Disney Park Is Making It Tougher For Disabled Guests to Visit

I was at MK headed back to parking via the ferry yesterday and some guests need to raise their kids better. There were numerous elderly guests standing near the seating area on the main floor of the ferry and the kids seated (teens) on the benches. Those kids could have given up their seats to the elderly. Do better.

I hate to say it but Disneyworld is not the place to go if you need to sit down a lot and you have to rely on the politeness of others to get through your trip comfortably. I’ve been very pregnant multiple times as well as with a baby multiple times and I can’t even count the number of times I’ve had to stand on the bus in both of those situations while grown men have sat in the seats.

However, unless one has a DAS pass you just cannot and should not expect it at WDW. A lot of people aren’t even trying to be rude, they’re just enjoying their vacation and not thinking about it. Or they don’t want to embarrass you or make assumptions about a stranger. I don’t take it personally.

Could they have given up their seats? Sure, but we don’t know the whole story so why condemn them just based on visuals?

It’s always best to give up your seat for Guests with disabilities, but it’s also important not to make assumptions about other Guests sitting down. Not all disabilities are visible.