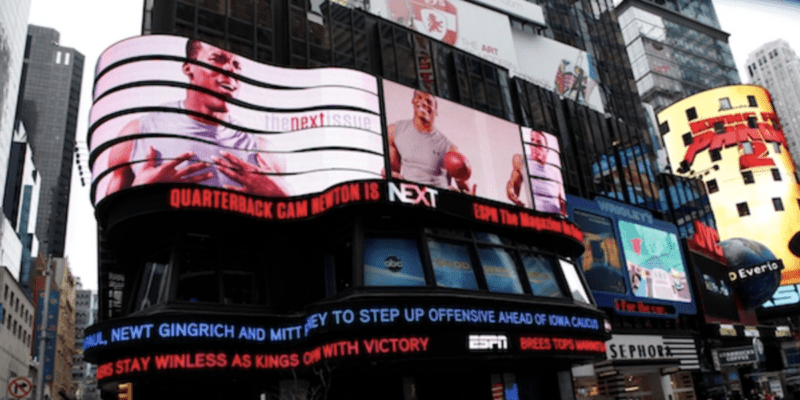 Last October, it was reported by numerous news outlets that The Walt Disney Company was looking to selloff one of its major subsidiaries, sports media giant ESPN.

The Worldwide Leader In Sports has been owned by the House of Mouse since Disney acquired ESPN’s parent company, ABC, in 1995.

The situation led to a dramatic day for Disney stockholders, as prices fluctuated until reports of the selloff were finally confirmed false. Disney stock skyrocketed at one point, jumping as much as 3%. According to a New York Post report regarding the situation at the time:

…shares of the Mouse House gave back some of their gains, closing the day up only 1.2 percent, after a person familiar with the matter denied the report.

The initial story published by Puck News said Disney CEO Bob Chapek had tapped some of his closest deputies to explore a separation of the sports channels from the rest of the company.

CNBC was among the first to refute the original news, calling the report “inaccurate”. A Tweet notes:

Now, talk of an ESPN selloff is back in the news, thanks to investment group Third Point. In October 2020, investor Dan Loeb wrote a letter to Disney, sharing his thoughts about how the company could succeed moving forward. He famously suggested that the company begin withholding dividends from its shareholders.

Weeks after disclosing his 2020 stake in a letter to Disney CEO Bob Chapek, Loeb told investors in his Third Point hedge fund that the investment had proved “constructive.” Just a few months later, he took things a step further, telling Third Point’s investors that Disney’s response to his investment was “commendable” and that his suggestions have been “proven correct so far.”

Now, Loeb is back in the spotlight — and one of his biggest plans for The Walt Disney Company is an ESPN selloff. Per the Wall Street Journal:

…some of Mr. Loeb’s latest suggestions for Disney, such as cutting costs and paying down debt, will find a receptive audience and are achievable. But others—like spinning off sports network ESPN and buying the rest of Hulu—will be much harder to pull off.

Intriguingly, Disney just announced a price increase for the ESPN+ portion of the Disney Bundle, so it seems that a spinoff of the brand is not high on the company’s list. Nonetheless, it is impossible to know what is being said behind closed doors.

The Walt Disney Company did, however, issue a public statement in response to Loeb’s latest commentary. It was shared in full by Business Wire:

“We welcome the views of all our investors. As our third quarter results demonstrate, The Walt Disney Company continues to deliver strong financial results powered by world-class storytelling and our unique and highly valuable content creation and distribution ecosystem. Under the leadership of Bob Chapek, the company has delivered this strong performance while navigating the COVID-19 pandemic and its aftermath, including record streaming subscriptions and the reopening of our parks, where we have seen strong revenue and profit growth in our domestic parks business.

Our independent and experienced Board has significant expertise in branded, consumer-facing and technology businesses as well as talent-driven enterprises. The Board has also benefited from continuous refreshment with an average tenure of four years.”

What do you think? Should ESPN become its own entity?