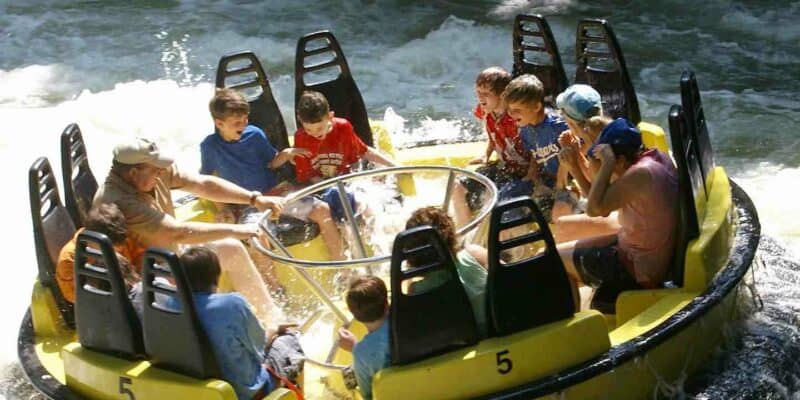 An employee is now speaking out after being diagnosed with the monkeypox virus.

Related: Guest Kicked From Roller Coaster Due to Her Size, Calls Out Theme Park

In what seems like a continuation of weekly “unprecedented events,” America has just announced the monkeypox virus a national health emergency. So far, there have been more than 6,616 cases recorded in the U.S., but that is likely an undercount. Transmission of monkeypox typically takes skin-to-skin or another close contact to transmit, according to the Georgia Department of Health.

The man is an employee of Six Flags Over Georgia, a Six Flags Park located near Atlanta. “Now I’m here, and now I have to get treated,” said the employee. “It’s just the fact that there are a lot of people that work there. There are a lot of guests that come in and out of the park every day that we operate,” he said.

Despite claiming he contracted monkeypox from the Park, he says Six Flags has done a great job with sanitizing in recent months.

We wrote about Six Flags Over Georgia a few months ago, back when the Park introduced a new rule which bans Guests from re-entering the Park one hour before close. This rule, then, not only affects locals who just want to pop in, but Guests who may be on vacation in the area and planned to leave the Park to grab a snack or make a dinner reservation before they pop back in to utilize the last hour of their purchased Park ticket.

Other Parks such as Cedar Fair do this as well. At the moment, the only way that Guests can be turned away from Walt Disney World or Disneyland is if they do not have a Disney Park Pass reservation or if they are Park-hopping but the Park in question is at capacity. Any Guest with a Park Pass, however, would never be denied re-entry no matter what the capacity limits until after close. Universal Orlando Resort and Universal Hollywood also do not have this issue.

The DPH says touching items like clothing or linens that previously touched the rash or body fluids is one-way monkeypox spreads but has not been identified as a common mode of transmission in this outbreak or for monkeypox in general.

Common activities like walking past people, dealing with physical money, and touching door handles carry far lower risks than items like bedding or towels, according to the DPH.

We will continue to update this story as more information comes out.