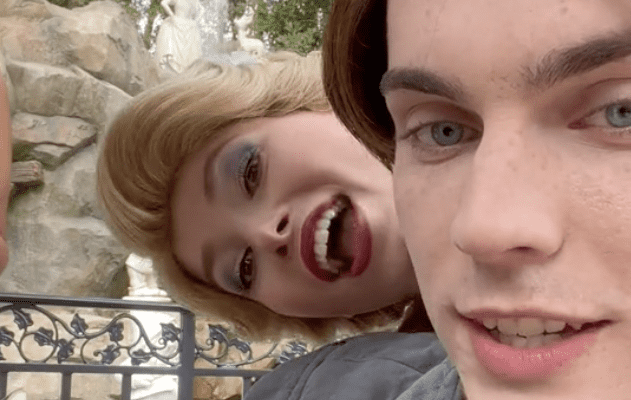 The Disney Parks are loaded with planned opportunities for Guests to spot their favorite characters in action. From towering parade floats, to table service character dining, to pop-up performances, to spontaneous cavalcades, the Parks are designed to pack character cameos at almost every corner.

Some Guests have shared secrets about little-known places to see the maximum amount of characters with the minimum amount of wait time, like this TikToker who found success in EPCOT between America and Italy.

But sometimes, it’s the more organic character encounters that end up being some of the most special. In the right place at the right time, it’s possible that fans could find themselves unexpectedly face to face with favorites en route to their next appearance, some of whom stop to mingle for some added magic.

These Guests experienced just that during a recent trip to Disneyland:

So we has two little cuties become a surprise in our Video Selfie. Everyone meet Rapunzel and Flynn Rider! Also don’t fall for Flynn! #Tangled #Disneyland #Fantasyland #FaceCharacters #DisneyParks

So we has two little cuties become a surprise in our Video Selfie. Everyone meet Rapunzel and Flynn Rider! Also don’t fall for Flynn! #Tangled #Disneyland #Fantasyland #FaceCharacters #DisneyParks

When posing for a “video selfie,” user @franciscominiic and friends were photobombed by none other than Rapunzel and Flynn Rider from Disney’s Tangled (2010).

And this was no short visit, as the characters stuck around to chat with the group about technology, the secret contents of Flynn’s satchel, and more.

“You said there are tiny friends in this box?” Flynn asked while closely inspecting the Guest’s phone. “I’m going to show the tiny friends a secret.” Flynn reached into his infamous bag to slyly reveal Rapunzel’s jeweled crown.

The Guests were starstruck, to say the least. “Why is Flynn so pretty?” the TikToker wrote in a caption positioned next to Flynn’s baby blues.

Commenters were equally in awe, calling the exchange rare and an amazing and adorable surprise.

“Rapunzel is perfect,” one user wrote. “Her interactions with the camera and just sliding out of frame, she’s so cute.”

Walt Disney World Guests can meet Rapunzel at Princess Fairytale Hall in Magic Kingdom’s Fantasyland where she swaps stories and snaps photos with fans daily. Rapunzels Tower can also be found in the Magic Kingdom not far from her meet and greet.

Has a character ever surprised you in the Parks before? Tell us about it in the comments!