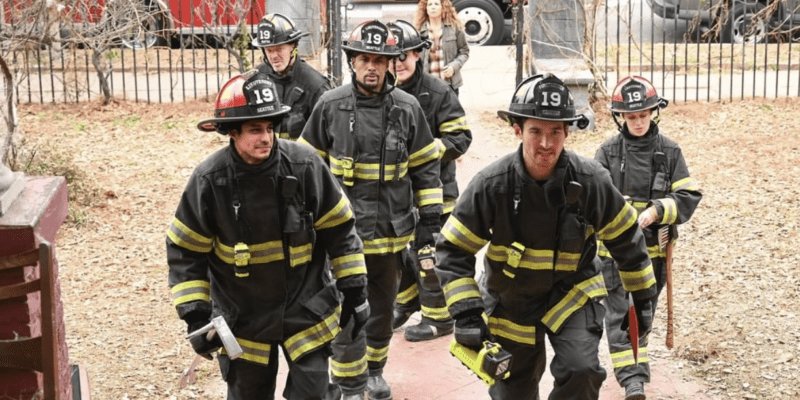 ABC’s Station 19 (2018) follows a group of Seattle firefighters who put it all on the line in both their professional and personal lives. The Grey’s Anatomy (2005) spinoff stars Jaina Lee Ortiz (Andy Herrera) and Jason George (Ben Warren) and is approaching its sixth season after George’s character left his job at Grey Sloan Memorial Hospital to pursue his career at the fire station.

Related: Dancing with the Stars Leaving ABC After 16 Years, Will Stream Exclusively on Disney+

Both shows have earned a reputation for tackling hard-hitting public issues in their hour-long, weekly episodes, thanks largely to the tone set by their original writer, Shonda Rhimes. Rhimes has since moved on to other projects after striking a history-making deal with Netflix.

One Station 19 writer, however, completely missed the mark in their recent script draft, sparking outrage amongst coworkers and forcing some difficult conversations surrounding leadership and inclusion.

Deadline reported that a recent outline assigned to a white writer contained multiple racial slurs considered derogatory to a person of Latino descent, causing showrunner Krista Vernoff to intervene and pause the project.

In an email obtained by Deadline, Vernoff canceled their weekly meeting in order to make necessary changes to safeguard the creative process so as to not run into this issue going forward:

“We will not be meeting creatively nor should we email as a group until then. We will not proceed with business as usual until the recent harm and systemic issues have been addressed and healing has begun. If you are on script or outline please work on your own for the moment.”

With external assistance from groups like Jones, whose mission is to “develop leaders and human systems that counter oppression through diversity, inclusion, and organizational effectiveness” per their website, Vernoff and the team began their work to review the company’s current culture at all points of the production process. They made the following statement to Deadline:

“As a company, it is in our DNA to constantly review the culture of our productions and to quickly make changes if and when they are not living up to the Shondaland values. A recent situation in the writers’ room at Station 19 provided us with opportunities to reimagine the structure of leadership in the name of creating a more respectful and inclusive workplace.”

No official changes have been announced by Shondaland as of yet, and ABC/Disney Television Studios have remained silent on the issue.

Are you a fan of Station 19? Do you think the writer’s room issue was handled appropriately? Comment below.