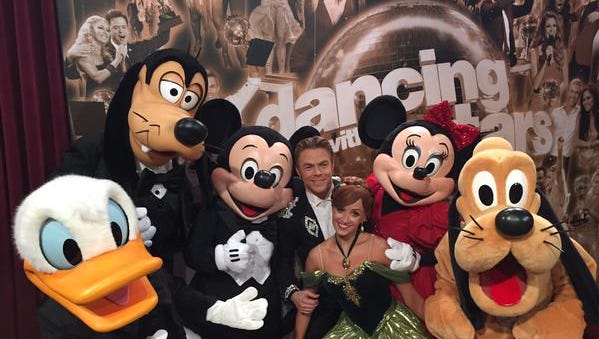 In a stunning move from The Walt Disney Company, it has been revealed that the long-standing reality show, Dancing with the Stars will move from its 16-year-long and 30 season home of ABC to Disney’s popular streaming service, Disney+.

The Dancing with the Stars television show has been entertaining viewers on ABC since its inception in 2005 and its debut on Disney+ comes with a two-season pickup as well as marking the platform’s first-ever live, and unscripted, reality TV show.

“’Dancing with the Stars’ has entertained fans for 16 years on ABC, and we are excited to bring this beloved show exclusively to Disney+ as the platform’s first-ever live series,” said Kareem Daniel, chairman, Disney Media and Entertainment Distribution. “The show’s broad appeal, as well as the overwhelming popularity of its Disney-themed competition nights, make Disney+ the perfect home for ‘Dancing with the Stars’ while continuing to expand our demographic reach.”

DWTS has featured many Disney-themed dancing nights over its tenure on the Disney-owned ABC network, so its move to the Disney+ streamer seems a logical step. Over the years, the show, based on the United Kingdom’s Strictly Come Dancing series on BBC, has been hosted by Tom Bergeron, Lisa Canning, Samantha Harris, Brooke Burke-Charvet, Erin Andrews, and most recently, model and actress Tyra Banks has served as host since Season 29.

The move to Disney+ is said to be so ABC can host Monday Night Football in the slot held by DWTS.

“’Dancing with the Stars’ has been a beloved staple on ABC for 30 seasons and brought so much joy to millions of viewers,” said Dana Walden, Chairman of Entertainment, Walt Disney Television.  “As we’re significantly expanding our unscripted slate at ABC, this is a great opportunity to introduce this show to a whole new generation of fans on Disney+.  We’re so grateful to our incredible partners at BBC Studios and look forward to continuing our relationship with them on this spectacular series, which will continue to be overseen by Rob Mills and the talented Walt Disney Television Alternative team.”

“The fact that our iconic global format ‘Dancing with the Stars’ will now set the record as the first live series on Disney+ represents a major growth opportunity and a bold next step forward in the evolution of the franchise. This unprecedented move, combined with our two-season pick-up, is a testament to the proven power of ‘Dancing with the Stars’ and a resounding vote of confidence from our great, supportive partners at Disney, showing how much they value and believe in the brand,” said Valerie Bruce, General Manager, BBC Studios, Los Angeles Productions.

Dancing with the Stars will share the platform with big franchises like the Marvel Cinematic Universe and Star Wars, joining series such as WandaVision, The Falcon and the Winter Soldier, Moon Knight, and The Mandalorian. The platform also offers live sports events, including NHL, UFC, and The Masters, and this huge addition of more live programming signals a significant move for streaming services worldwide.

Will you be tuning in to Dancing with the Stars on Disney+? Let us know in the comments down below!