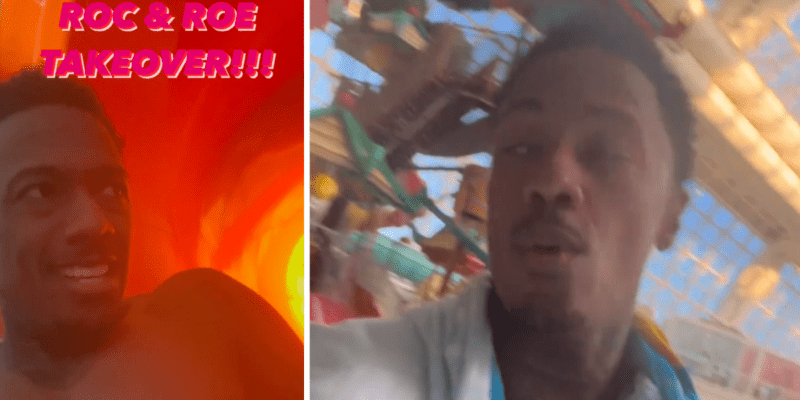 As the summer begins to wind down, families all across the nation are taking in their final weeks of soaking in the sun. While states like Florida will continue to be hot enough for a dip in a pool or a trip down a waterslide for several more months– really all year– there are plenty of other states that are beginning to set their sights on the fall time, which comes with cooler temperatures and a change in outdoor activities.

Like families across the nation, it seems that renowned celebrity Nick Cannon was looking to spend a little time cooling off with a swim and a trip on some waterslides.

It was recently reported that the Wild N’ Out host rented out an entire water park for a fun-filled outiing with his 11-year-old twins, Moroccan and Monroe,whom he shares with ex-wife Mariah Carey.

Cannon posted a video of the group having fun.

“Waterpark to ourselves!!! It’s the Roc & Roe Takeover!!”

In addition to the twins, Cannon shares son Golden Sagon and daughter Powerful Queen with Brittany Bell, and twins Zion Mixolydian and Zillion Heir with Abby De La Rosa. Cannon is also the father to son Zen with Alyssa Scott, who tragically died at five months old in December 2021 after being diagnosed with brain cancer.

In addition to his work on Wild N’ Out, Cannon is known as the host of the show The Masked Singer and has also played a role in several prominent films and television shows, including Drumline (2002), Nickelodeon’s All That, Roll Bounce (2005), Love Don’t Cost A Thing (2003), and Underclassman (2005).

What do you think of this Nick Cannon story? Let us know in the comments!