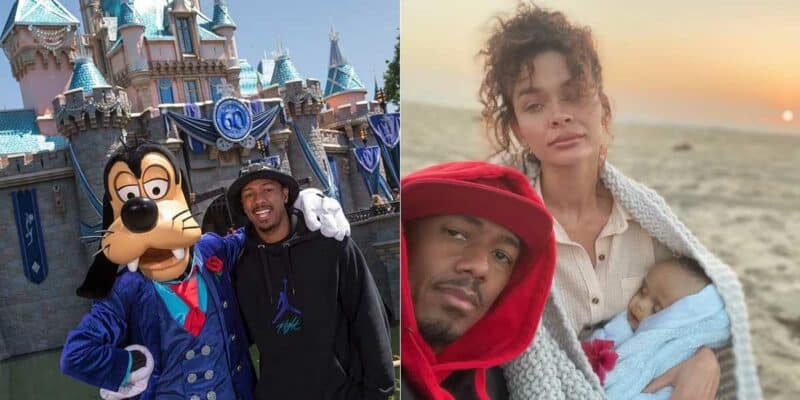 Nick Cannon is one of those well-known celebrities that can easily light up a room with his beaming smile. While Nick is known as an actor, comedian, rapper, television personality, and more, many of us Disney fans know him as the host of the Disney Parks Christmas Day Parade special that he has been part of since 2009. Our hearts go out to Nick today as we learn he is mourning the loss of his 5-month-old son, Zen.

Nick took to social media today, December 7, 2021, to share the tragic news via a video message about the loss of his youngest son, Zen who died of brain cancer at 5-months-old. Nick tweeted a photo of Zen in the arms of his mother, Alyssa Scott, as the three spent time on the beach this past weekend on Sunday before Zen’s passing.

Zen Scott Cannon, Nick’s 7th child, was born in June 2021. The family noticed some concerning conditions surrounding Zen. They took him to the doctors for what they figured would be a normal routine check. Doctors discovered a malignant brain tumor. It was confirmed little Zen had brain cancer. Nick said Zen’s condition declined quickly after Thanksgiving.

It is difficult to watch as Nick tearfully makes the announcement about Zen’s passing during “The Nick Cannon Show”. He explains the situation and says you don’t just “GO through it, you GROW through it.” Nick dedicated the show to his beautiful son, Zen. Here’s the video below:

Our thoughts are with Nick, Alyssa, and the family as they mourn the loss of little Zen.