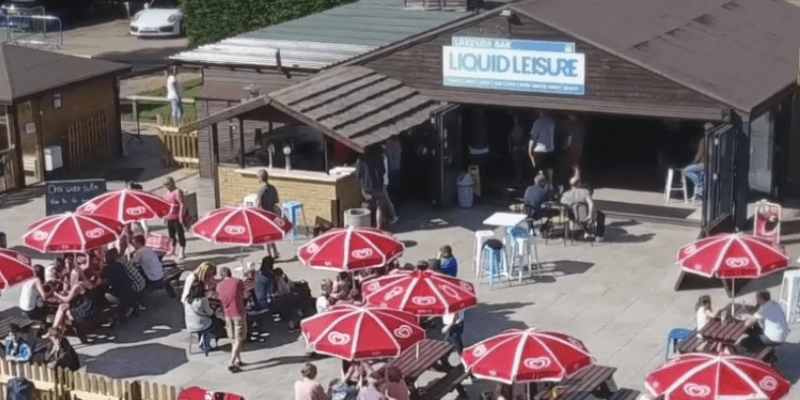 A popular water park was the site of tragedy when an 11-year-old girl attending a birthday party was found dead.

Water parks, just like theme parks and amusement parks, are meant to be an escape from the outside world and an opportunity to experience some fun and relaxation amid the hot summer days.

However, Inside the Magic previously reported the tragic incident of an 11-year-old girl at Liquid Leisure–which is described as Europe’s Largest Aqua Park and offers a variety of water-based activities such as skiing, wakeboarding, and an assault-style course on a series of inflatables– who drowned.

The incident happened on Saturday, August 6, 2022, and was described as chaotic and traumatic. Sky News reported on the incident, with one witness describing the situation that unfolded on and around the water at Liquid Leisure:

“There was a ridiculous amount of people on the inflatables,” she said. “It was just chaos, people were falling in and jumping off, it would have been hard to keep track of.

“As we were queuing, a woman was running up and down asking if we had seen this girl, she was crying out for her. She gave us her name and description. She did not know where she was.” After ten minutes, she said staff began looking for her “in the changing rooms, on the beach. People were calling out her name”.

The woman said it was another 20 minutes before the inflatables area was cleared and at least 40 minutes before any emergency services arrived on the scene. She said: “There was this young girl running up and down asking if anyone had goggles, shouting ‘we need to look for her under the water’

“At this point, staff began jumping in the water.”

Now, the water park has been barred from reopening-– at least for the time being– as The Royal Borough of Windsor and Maidenhead has said that Liquid Leisure “must show it has reduced the risk of drowning before business can resume.”

“We have served a notice prohibiting all recreational activities associated with the lake until Liquid Leisure has satisfied the council they have suitable and sufficient risk assessments to prevent or reduce the risk of drowning,” a spokesperson said. “We would again like to express our deepest condolences to the girl’s family and friends.”

The company released a statement on the incident last week:

“Our thoughts and prayers are with the family, friends and all those affected by this desperately tragic and upsetting incident. As Thames Valley Police are in the early stages of investigation, it would not be right for us to add further comment, but we will continue to fully support and assist them throughout the process.”

This isn’t the first tragic instance to occur at a water park or amusement park recently. In Germany, a roller coaster derailed killing a 14-year-old girl. In addition, a coaster crash at LEGOLAND Germany caused dozens to be injured. Over in the U.S., a water park in Kansas saw dozens of people get sick, including multiple hospitalized, after feces exposure.

Inside the Magic will continue to update this tragic story.