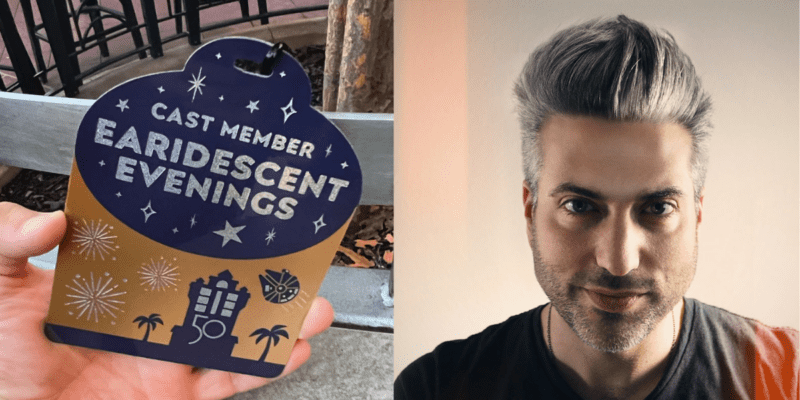 The fact that this company is celebrating those individuals, for doing what they do on a daily basis is pretty cool.

And for that fact alone, I remain constantly humbled to work where I do.

According to his website, DeTolla has worked for The Walt Disney Company for the past eight years. He helped fully redesign the Walt Disney World Resort website and mobile app. Additionally, DeTolla collaborated on a digital campaign to advertise the opening of New Fantasyland in Magic Kingdom and a brand overhaul of Mickey’s Very Merry Christmas Party.

In his current role as Digital Experience Design and Innovation efforts at Disney Parks and Products Technology, DeTolla is a creative director for both digital and physical Guest experiences. Additionally, he oversees the Disney Parks Hyperion Design System and the Disney Parks Global Design Program in North America, Europe, and Asia.

Related: For $2.7 Million You Can Live in a House Built By One of Walt Disney’s Original Imagineers

Before working at The Walt Disney Company, DeTolla lent his creative skills to Coca-Cola, DuPont, Siemens, Ritz-Carlton, and SCA North America. We’re happy he is sharing his knowledge and experience with the Disney Parks!

Make sure to thank the friendly Cast Members on your next Walt Disney World or Disneyland Resort vacation! They truly make the magic happen.