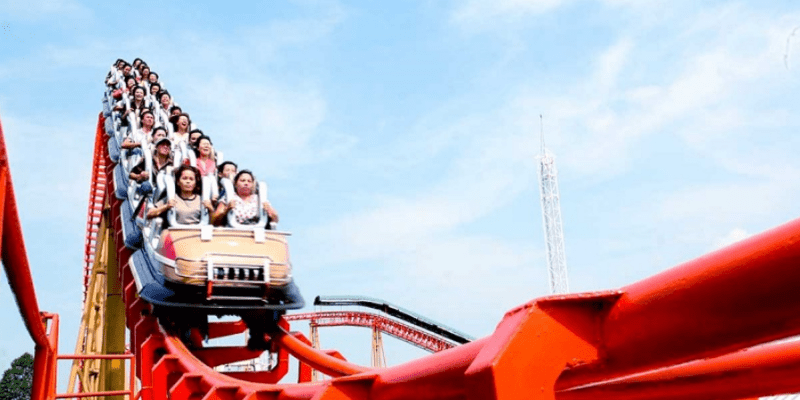 A group of Guests repeatedly yelled at the employees of this popular theme park after they nearly caused a fatal accident.

Theme parks around the world offer Guests a fun-filled experience, with attractions for the whole family, exciting activities, different entertainment offerings, and delicious snacks, among other things. To ensure Guests’ enjoyment during their visit, theme parks set out different rules and regulations, and employees undergo several training processes to ensure they can provide the best service and help maintain a safe environment.

However, a recently resurfaced video shows a group of Guests being put in great danger by theme park employees in what could’ve been a fatal accident.

The video was posted on YouTube by jaystreazy, who captioned it:

I thought I was going to die! This happened at an amusement park near Ho Chi Minh City, Vietnam. We stepped into the car and before I was barely able to sit down the coaster started climbing up the hill. We yelled for them to stop, but this is what happened.

In the video, we can see jaystreazy in the front row of the coaster, moving his chest restraints up and down, saying how messed up the situation was. You can see the video below or click here to watch it.

The incident happened at Suoi Tien Theme Park, located near Ho Chi Minh City, on an attraction called Roller Coaster. While the 1.2M USD attraction is advertised to have “absolute safety,” the video above shows otherwise.

Roller Coaster is a scale work with investment of over 30 billion dong. Suoi Tien is the first place to build and take this exciting model of game into operation.

The train has 7 train cars running on the winding rails with the length of 1.200m, the highest point is 30m, and the fastest speed reaches 200 km/h. The train will take visitors up to the steep hill and then weightlessly drop down a slope and get through Tianshan mountain, Han Bang Cave.

This is a modern entertainment model, which is controlled by a computer system, bring a powerful sense with absolute safety.

It is unclear if this was an isolated event or if situations like this are common at the Park, but the experience is undoubtedly one this group of Guests won’t forget.

Suoi Tien Theme Park is the leading theme park in Vietnam, with over 20 attractions, including family rides, roller coasters, and even a mini aquarium!

Suoi Tien Theme Park was originally a python forestry farm and produced handicrafts, built by Mr. Dinh Van Vui, a Soc Trang’s resident in 1987. Its coverage of waste land was 6.600m2, with a flowing stream, it meant that 7 virgin girls with the same Dragon age launched into eternity, then the stream was called as a Fairy Stream.

After 25 years, Suoi Tien Theme Park is a leading entertainment center in the country, while confirms its position in the region and the world. With an area of 105ha, more than 150 entertainment works and models are diverse and abundant, more than thousands of employees, Suoi Tien annually welcomes millions visitors.

Currently, Suoi Tien continues expanding its scale area of over 50 hectares up to 150 hectares.