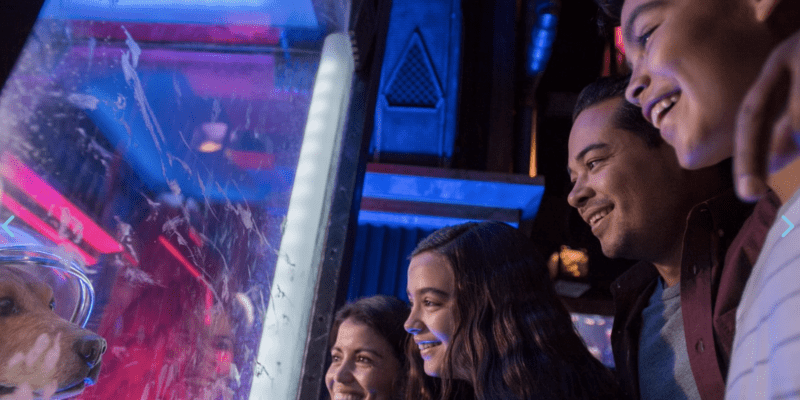 One Guest, Reddit user u/Lauren_138, was in Avengers Campus with her three children during CHOC Adventure in the Park. As they waited to board Guardians of the Galaxy – Mission: BREAKOUT!, two of her children discussed how excited they were to ride. A woman ahead in line reportedly yelled at the children to “shut up,” further saying that “they needed to learn.”

“I said ‘you can not talk to children that way,’” the Guest explained. “I pointed to us all [wearing] children hospital shirts and said ‘my kids have health problems. You are yelling at kids on CHOC night’ and she turned her back so I just stopped.”

Then, the Guest’s daughter remarked that the woman was “rude” and “acting like the Scarlett Witch.” The woman reportedly misheard her, turned to one of the other children, and yelled, “Excuse me? b*tch? b*tch? [You’re] the b*tch!”

The Guest told the woman not to call her children inappropriate words and asked a Cast Member in the queue for help. The woman kept moving through the line and allegedly shouted, “Ban kids.” Unfortunately, the Cast Members were unable to do anything.

“I don’t [think] she should have gotten kicked out bit it seems wild that a person can lash [out] on a child like that,” the Guest wrote. “My son was crying as we were talking to staff and it had him pretty shaken as a random person has never yelled at him 3 feet ( if that) from his face. We ended up leaving early even though we only arrived at 5:30 because he was so uncomfortable.”

In another incident, the Guest said a man yelled at her autistic son for crying on Pixar Pier, called him a slur, and told her, “you should euthanize.”

“Although disney is for everyone to enjoy people should… realize it’s a family destination before acting so entitled,” the Guest said.

More on Guardians of the Galaxy – Mission: BREAKOUT!

Join Rocket on a thrilling mission to rescue the Guardians of the Galaxy from the Collector’s fortress.

Step Inside a Towering Citadel

Please be kind and courteous to your fellow Guests while visiting Disneyland Park, Disney California Adventure Park, and Downtown Disney.