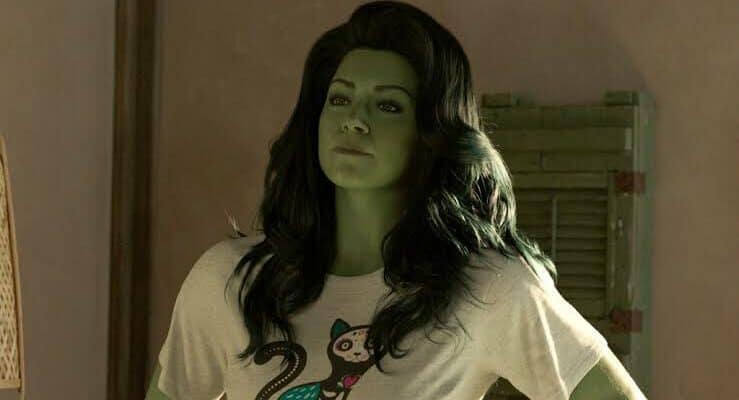 Fans can expect to see an exciting new pairing in Episode Four of She-Hulk: Attorney at Law (2022).

Now, it seems that head writer Jessica Gao is opening up, in an interview with Geeks of Color, about what she thinks will be the “fan-favorite” episode in the series, Episode Four:

Oh, there’s so many episodes. I mean, I loved all the episodes, and there’s so many really special ones… I mean Episode Four, I think, is gonna be a fan-favorite of everybody’s.

She continues talking about how much she loved writing for Doctor Strange’s buddy Wong, the current Sorcerer Supreme, pairing him with someone special and continuing the “Wong Cinematic Universe” era:

We get to see Wong in such a new light. But we also get to pair him with probably… I think the best pairing in the entire MCU…

The elephant in the room is definitely the already confirmed arrival of Matt Murdock/Daredevil (Charlie Cox) in a surprising cameo role, that fans have been hankering for ever since he turned up in Spider-Man: No Way Home (2021) in the guise of blind lawyer Matt Murdock, of law firm Nelson and Murdock (though potentially now, “Nelson, Murdock and Page”) — catching a flying brick with his bare hands before even Spidey could get to it himself.

Gao then speaks on how specifically “thrilled” she and the She-Hulk team were upon confirming that they could “have Daredevil”:

And then, of course, it shouldn’t come as a shock to anyone that I was thrilled that we could have Daredevil. I mean, dream of dreams on a legal show to have Daredevil, Matt Murdock.

There’s some upcoming episodes that feel kind of like bottle-ish episodes, where you really kind of focus on this one story. And we deal with things that you just haven’t seen any superheroes deal with, that feel very human and part of normal life that I’m very excited to show.

This idea of focusing on the “normal”, and more “human” part of a world with superheroes definitely falls in line with Marvel Studios head Kevin Feige’s comments at San Diego Comic Con (SDCC) this year, where he discusses the Marvel Cinematic Universe’s “street-level” superhero team being led by Spider-Man/Peter Parker (Tom Holland) and Daredevil/Matt Murdock.

Although Marvel fans have expressed concern for the introduction of a “lighter side” to the Devil of Hell’s Kitchen, it seems that the She-Hulk team are confident in the way they are incorporating “outsiders” from elsewhere in the Marvel Cinematic Universe into the She-Hulk world.

Even if Episode Four’s “best pairing” turns out to be something else, Daredevil fans can absolutely feel comforted by the fact that he is absolutely showing up during She-Hulk: Attorney at Law‘s run.

What do you think this pairing could be? Share your thoughts in the comments below!