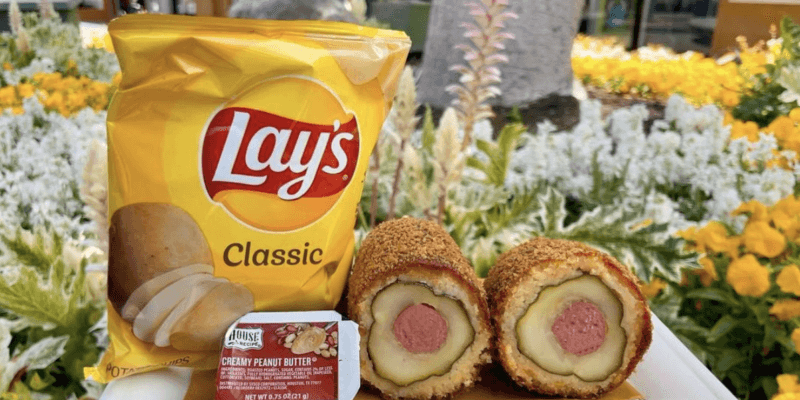 A Disneyland favorite recently went up in price.

For those who don’t know, Downtown Disney at the Disneyland Resort introduced a unique creation into the world. The creation may be one of the most controversial foods ever to be released on Disney property and is known as the pickle corn dog, and yes, it’s exactly what it sounds like it is.

If you love Disneyland’s super-popular homemade corn dogs and you also like the theme park’s homemade pickles, then this is definitely a dish that you will want to try.

Related: Guest Sent to ER Bleeding After iPhone Flies Off Roller Coaster, Hits Them in Face

This dish was created by Blue Ribbon Corn Dogs, a food stand located in Downtown Disney. The corn dog quickly became a hit for Disneyland Resort foodies who flocked to the food cart to try the new recipe. Blue Ribbon Corn Dogs frequently shares pictures of the pickle corn dog on its Instagram page. They have even shared a video of how they make the corn dog.

The snack is quite simple, really. A dill pickle is hollowed out, stuffed with a hot dog, dipped in cornbread batter, and deep-fried. The finished product is then rolled in panko bread crumbs and served warm. The snack is salty, crunchy, and portable, meaning it’s perfect for walking around the Disneyland Resort. Perhaps the most interesting aspect of this snack is that it’s served with peanut butter, Yes, peanut butter.

Unfortunately, the price for this snack just went up by a considerable amount.

The price increase was revealed in a tweet from theme park fan and enthusiast Hastin (@hastin). The iconic(?) pickle dog has risen in price a full 10%, with the current cost of this infamous creation sitting at $14.50. This quite large price may keep some Guests from trying such a weird creation, even though many have reported on how delicious it actually is.

This is just another one of the latest price increases which were have been seeing at both Disneyland and alt Disney World. In a now-infamous example of food sizes being cut and prices being increased, Walt Disney Company CFO Christine McCarthy addressed the situation, noting that Disney is looking at a number of ways to cut costs behind the scenes, including “reducing portions” at Disney Parks restaurants. McCarthy noted that this would be “good for some people’s waistlines” when they visit Walt Disney World Resort and Disneyland Resort.

Have you noticed any of these price increases at Disney?