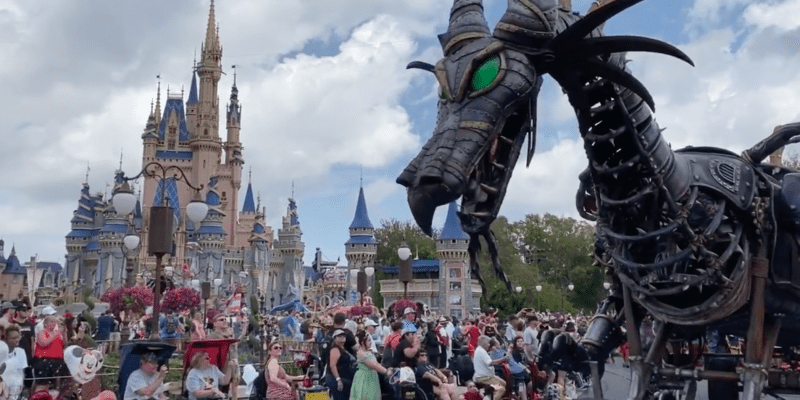 A recent incident with a stroller drew the attention of many Disney Park Guests at Walt Disney World Resort.

Walt Disney World Resort is known as “the most magical place on earth,” but that doesn’t mean that every single interaction that occurs in the Disney Parks– whether it be Magic Kingdom, EPCOT, Disney’s Hollywood Studios, or Disney’s Animal Kingdom– turns out to be magical.

As a matter of fact, many Disney Guests have reported incidents spanning from all-out brawls to rude Guest interactions and everything in between at Disney World.

Just recently, a Guest shared that a woman used her child’s stroller as what they called “a battering ram” to force themselves past the crowd and create room for themselves during a parade show.

“We were standing to watch the parade and some lady just decided to use her child’s stroller as a battering ram to squeeze right between us,” the Guest said. “Plot twist, the stroller was empty and it seems she had just used it to fit some room for herself. My wife and I looked at each other with a confused and somewhat annoyed face since she essentially hit us both to make room. It seems she caught sight of the glance and got very defensive with us as if we were the ones who did something wrong. Told us to calm down. (We had said zero words to her or each other.) She then pulled away and stormed off. After the parade we overheard another party complaining about “a lady with a stroller pushing her way through them”. Personally. I blame the heat.”

Disney has a code of conduct that all Guests must follow and one of the top policies in place is for all Guests to be respectful to one another and the Disney Cast Members.

The most popular parade at Disney World is Festival of Fantasy, which takes place at 12:00 p.m. and 3:00 p.m. at Magic Kingdom. While the parade certainly gathers a crowd, there is no need to push through to get a good viewing spot.

Have you experienced incidents like this while at Disney World or Disneyland? Let us know in the comments!