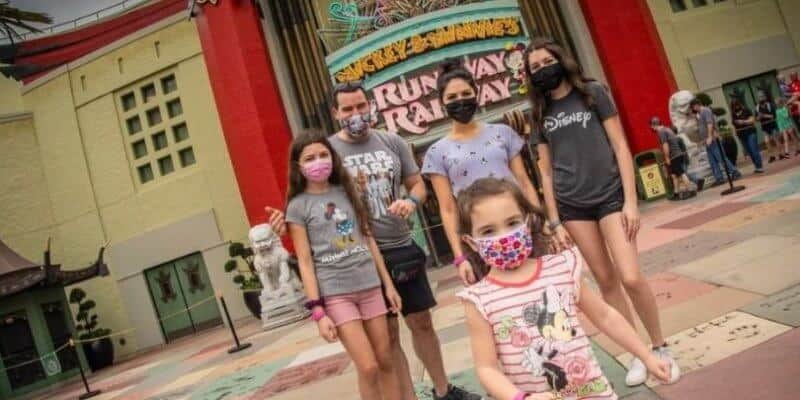 In a shocking and concerning situation, a Florida man was arrested at the Walt Disney World Resort.

Matthew Johnston is the man who was arrested, according to the report that was recently released. Johnston is accused of punching his girlfriend in the chest while they were visiting Disney’s Hollywood Studios. Several witnesses who saw the scene unfold said the man looked like he was drunk.

Johnston had reportedly been drinking when he first got into an argument with an unnamed Guest. Johnston’s girlfriend’s father and brother were also with them and suggested that it was time to leave.

This further angered Johnston, who reportedly reacted by “ripping the car seat from the stroller, causing (the baby) to fall from the car seat”.

Johnston was later arrested and taken to Orange County Jail. The girlfriend has not pressed charges. As stated by a July 25 court filing, he will not be prosecuted. The baby was not injured.

This is the latest report of a fight or physical altercation at the Walt Disney World Resort. In the last few weeks have seen multiple incidents occur at the property, most notably an intense brawl that broke out at the Magic Kingdom.

Fox News reported that the incident began after Guest realized she had left her phone on her electric vehicle and left the line she was standing in to go and get it. When she returned, another family tried to block her from rejoining the line.

One of the Guests involved in the fight reportedly received injuries to his face, with EMS responding to the incident as quickly as possible. The man with the facial injury ended up being hospitalized for face lacerations. Others suffered smaller bruises. The Orange County Sheriff’s Office confirmed the hospitalization, telling Fox News that they arrested three people for misdemeanor battery.