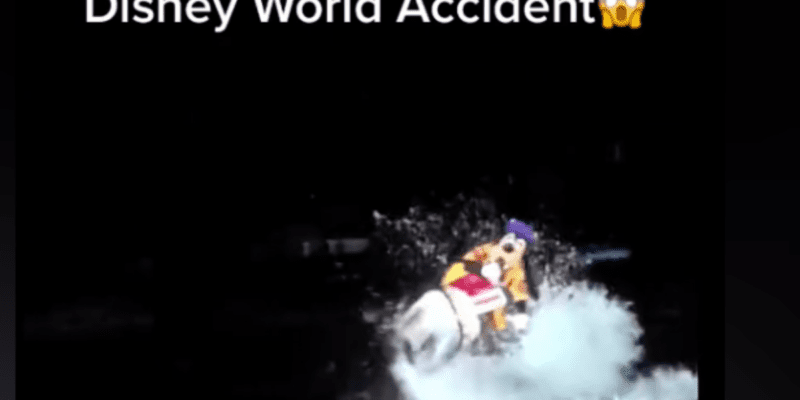 A video has emerged showing a Disney character crashing during a popular performance.

Disney Parks worldwide offer Guests the chance to meet their favorite Disney characters, whether that be a classic Disney character, an intergalactic icon from the Star Wars universe, or a mighty hero from the Marvel Cinematic Universe. Meeting Mickey and Minnie Mouse,  Goofy, Donald Duck, Daisy Duck, Chip, and Dale, your favorite Disney princess, Winnie the Pooh, Captain Jack Sparrow, Chewbacca, Kylo Ren, Captain America, Iron Man, Thor, and many more can create an emotional and memorable moment for the young and the young at heart.

During a recent performance, user @truly.disney shared a video of Goofy crashing on TikTok.

As you can see in the video, Goofy is riding on a jet ski when he hits a wave that knocks him off the vehicle and into the water. While the video labels this at Disney World, this actually took place at Tokyo DisneySea at Tokyo Disneyland Resort.

While the crash looked like it may have hurt, everything seemingly turned out okay at the Disney Park and Goofy was able to get back on his jet ski.