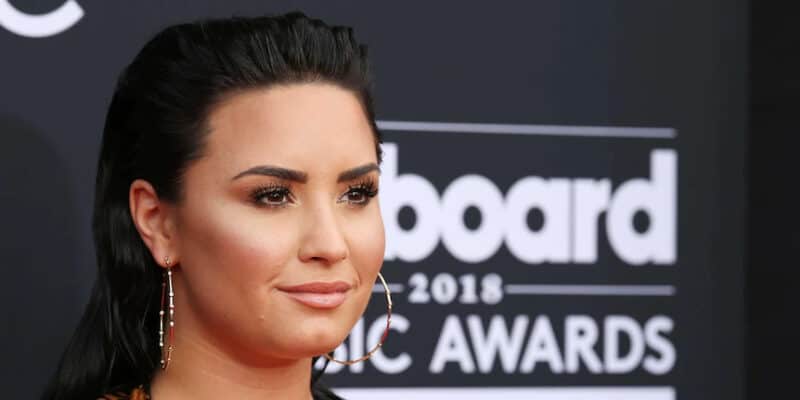 Demi Lovato started her career at seven years old on Barney and Friends, then rose to fame starring in the Disney Channel Original Movie Camp Rock (2008). The film’s hit song, “This Is Me,” saw Lovato and duet partner Joe Jonas, of Jonas Brothers fame, enter the Billboard Hot 100 at number nine. Lovato later starred in Camp Rock 2: The Final Jam (2010), Sonny with a Chance,  and Princess Protection Program (2009) with her Barney costar Selena Gomez.

Lovato, who lives in Los Angeles, has been open about her addiction and mental health struggles and has become an advocate for the LGBTQIA+ community over the years. In May 2021, she came out as nonbinary and announced that she would use they/them pronouns.

In April of this year, the “Skyscraper” singer updated the pronouns in her Instagram bio to they/their/she/hers.

This week, Lovato spoke to the Spout podcast about her gender, sexuality, and identity journey, referring to herself as a “fluid person.” On the podcast, she officially announced that she has once again adopted she/her pronouns.

Lovato said that she felt her “masculine and feminine energy” were at balance last year.

“When I was faced with the choice of walking into a bathroom, and it said ‘women’ and ‘men,’ I didn’t feel like there was a bathroom for me because I didn’t feel necessarily like a woman,” Lovato said.

“I didn’t feel like a man,” Lovato continued. “I just felt like a human. And that’s what they/them is about. For me, it’s just about, like, feeling human at your core.”

Recently, Lovato said, she has been feeling more feminine. She noted that the concept of gender fluidity and pronouns is a learning process for many people and that respect is most important:

“I think what’s important is, like, nobody’s perfect. Everyone messes up pronouns at some point, and especially when people are learning, it’s just all about respect.”

While Lovato may not star in any Disney projects in the future, we wish her luck with her music career and all the best in being her authentic self!