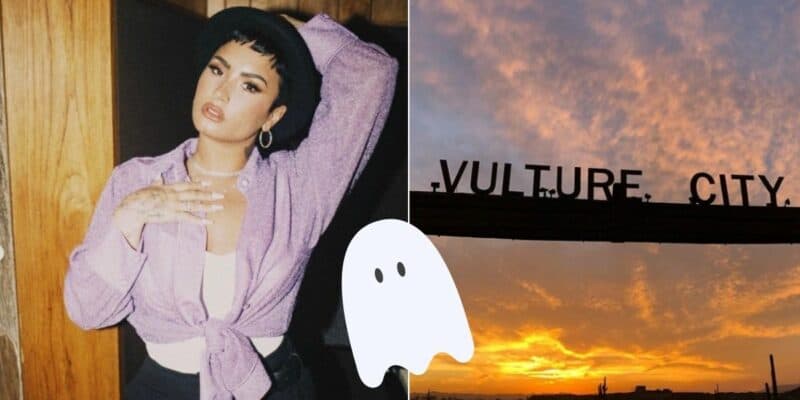 Singer Demi Lovato has revealed some information regarding their experience with a standing ovation from a rather unusual audience. This audience wasn’t of people, but of ghosts…

Lovato continues to have a successful music career with prominent singles like “Skyscraper” and “Heart Attack”, and their latest album “Dancing with the Devil…The Art of Starting Over” (2021) peaked at number two on the Billboard 200. In addition to their music career, Lovato also starred in the title role on Sonny with a Chance before appearing on Glee, Will & Grace, and as a judge on multiple seasons of The X Factor USA.

While they are used to entertaining crowds all across the world, the singer has recently revealed a moment where she got a “standing ovation” from ghosts while on a trip.

Speaking to Pink News, Demi Lovato shares how they have found a particular love for meditating, even going on to state that they hope to hone the skill needed to communicate with extraterrestrials (ETs). In that same interview, the “Anyone” singer tells viewers that they once had an experience involving ghosts. They said:

“We were originally setting out to search for UFOs and ETs, and then we came across this city called Vulture City, and Vulture City is known for these ghosts that lived in an old brothel, and so we set up those ghost machines […] and I decided to sing for them, and [the machines] went off when I finished.”

Lovato then says that they have “never had a standing ovation from ghosts,” and thought “I’d like to think they were standing.”

The Camp Rock star goes on to reveal how they have also made contact with ETs through the practice of meditation — seeing things in the sky following a meditation session that wasn’t there before they started.

Fans of Lovato can follow their journey with extraterrestrials on the Peacock miniseries, Unidentified with Demi Lovato. The four-episode show focuses on Lovato, their sister, Dallas, and friend Matthew Montgomery, as they search for extraterrestrial lifeforms.

More on Unidentified with Demi Lovato

The four-part UFO docuseries sees Lovato, their friend Matthew and their sister Dallas consult with leading experts, investigate eyewitness encounters, uncover government documents and conduct tests to search for the truth about UFOs.

In the trailer, Lovato explains that they already believe in extraterrestrials, calling themself a “UFO experiencer” and recounting a trip to Joshua Tree where they saw a bright light moving erratically through the sky. In “Unidentified with Demi Lovato,” they aim to convince their family and friends of the same.

Have you watched Demi Lovato’s new extraterrestrial series? Let us know in the comments down below!