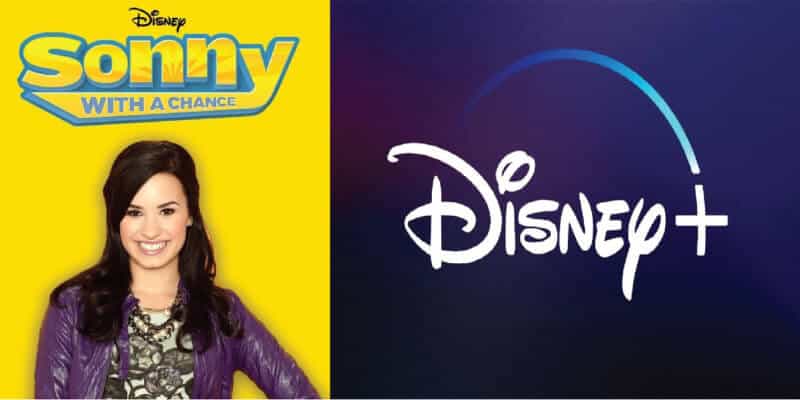 If you’re looking for things to add to your binge-watching list, look no further. Disney has announced that the hit Disney Channel show Sonny with a Chance will be available for streaming on Disney+ this Friday!

Can’t. Wait. Sonny With A Chance is coming to #DisneyPlus this Friday!!⠀ ⠀ Start streaming in the US, Canada, Australia and New Zealand on April 3.

The announcement confirms that the show, which ran from 2009-2011, will be available to stream in the US, Canada, Australia, and New Zealand starting April 3rd. Sonny with a Chance stars pop-star Demi Lovato as Sonny Monroe, also singing the opening theme song, So Far, So Great. Sonny lands a role in the fictional comedy show, So Random!,  acting along cast mates like Tawni Hart (Tiffany Thornton) and rival-show actor Chad Dylan Cooper (Sterling Knight).

Related: “Disney May Release Both “Black Widow” And “Mulan” On Digital and Disney+

The series ran for two seasons, ending when Lovato chose to pursue her singing career. It follows the ongoing drama between the rival show of So Random!, MacKenzie Falls. The series features guest stars such as Selena Gomez, and cross-over episodes with other hit Disney Channel shows like Shake It Off.  It prompted a spin-off series titled, So Random! that ran for one season.

The show was a hit, especially with fans of Lovato, who had achieved star status following the debut of the hit Disney Channel original movie, Camp Rock. There was even an official 10-year anniversary of the show in 2019, which you can actually watch here!:

Looking for more Disney content to binge while inside?

Our ITM team has been compiling lists of all the content coming to Disney+ soon; you can check out the list for April right here!

Were you a fan of Sonny with a Chance when it aired on Disney Channel? Let us know your thoughts and what you plan on binge-watching in the comments below!