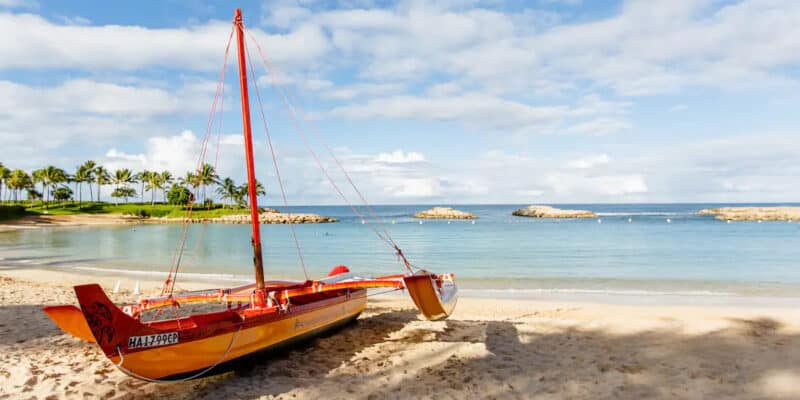 Aulani, a Disney Resort & Spa is The Walt Disney Company’s only Hawaiian property. The Resort — located in Ko’Olina, Oahu — boasts a wide variety of relaxing activities for all ages, including a stunning private beach.

However, for those who wish to spend time away from Mickey, Minnie, and friends soaking up all that the island of Oahu has to offer, there are plenty of stunning public beaches as well.

One of these is Kalama Beach in Kailua, Oahu. Known for its gorgeous water and “powdery white sand,” Kalama Beach is a popular destination for Aulani Guests, as it is only about 30 minutes from the Disney Resort.

Recently, Anela Rezentes, a six-year-old girl who was on Oahu with her family found herself involved in a scary situation while visiting the beach. She was left “hysterical” after being “bumped” by a shark while swimming in the Pacific Ocean. According to one report about the incident:

Her mom was just feet away, taking video of her playing in the waves. When Anela came running toward her in tears saying there was a shark, her mom was in disbelief.

“By the time she came out of the water, she was hysterical,” Sheri Gouveia told [Honolulu news station] KHON2.

“I was like oh my gosh. So I ran up, but I was looking for it but couldn’t see it. I didn’t realize it was actually a shark. That’s what shocked me.”

The shark was eventually discovered to be a blacktip shark, which are typically timid and feed on fish in shallow water. However, the aforementioned report was careful to note that the situation could have escalated if the shark felt threatened.

Thankfully, Anela and her family members are all unharmed after their shark encounter this summer, but it is a good reminder to all Aulani Guests to take care while traveling to beaches on the island of Oahu during their vacations in paradise.

More on Staying at Disney’s Aulani

Make your family vacation even more delightful in a comfy Disney Vacation Club Villa with just-like-home amenities, including a full kitchen, private bedrooms, spacious interiors and a washer/dryer—plus all the amazing Aulani Resort activities just outside your door!

The Resort is home to a variety of experiences, including restaurants like Makahiki, Ulu Cafe, and The ‘Olelo Room and  character meet and greets with Mickey Mouse, Minnie Mouse, Stitch, Duffy the Disney Bear, and more.

Have you come into contact with a shark while swimming in the ocean?