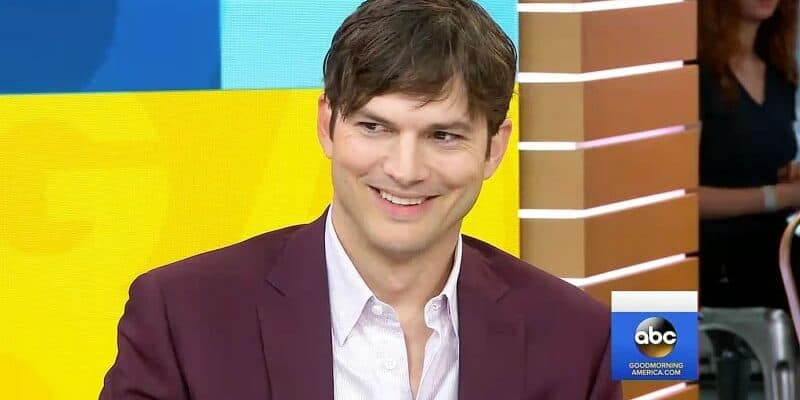 Actor Ashton Kutcher has revealed the shocking news that he suffered from a dangerous disease that left him fighting for his life.

Related: Disney Explains Why So Many ’90s Sitcoms Had a Disney World Episode

Known for his trademark smile and boy-next-door persona, Ashton Kutcher rose to prominence playing Michael Kelso on the Fox sitcom, That ’70s Show, before going on to star in a number of high-profile comedies and rom-com movies. From Dude, Where’s My Car? (2000) to Just Married (2000), What Happens In Vegas (2008) to No Strings Attached (2011), Kutcher’s acting career has spanned genre and medium; he is also known for his MTV television show Punk’d, which he produced and hosted from 2003. He is also known for replacing Charlie Sheen in Two and a Half Men as the character Walden Schmidt, and for playing Steve Jobs in Jobs (2013).

The actor most recently appeared on Running Wild With Bear Grylls: The Challenge and it was here that the actor revealed the shocking and upsetting truth of his brush with a severe disease.

The actor, host, and former husband of actress Demi Moore, later added he was “lucky to be alive” in the face of such a debilitating disease as vasculitis — a disease that causes the inflammation of blood vessels. Although Kutcher did not go into specifics, he further discussed his recovery and the growth he has undertaken as a result:

“The minute you start seeing your obstacles as things that are made for you to give you what you need, then life starts to get fun,” Kutcher added about his personal growth following the diagnosis. “You start surfing on top of your problems instead of living underneath them.”

At 20 years old, the role of Michael Kelso in That ’70s Show was Kutcher’s breakout, leading him into movies just one year later with the romantic comedy, Coming Soon (1999). That 70s Show focused on the lives of six teenagers in Point Place, Wisconsin, from the years of 1976 through 1979. The teen sitcom became one of Fox’s flagship television shows, lasting eight seasons and becoming the second-longest-running live-action sitcom for the network behind Married… With Children.

Kutcher will soon return to screens as Michael Kelso in Netflix’s That ’90s Show, a sequel to That ’70s Show. He will guest star in the series alongside his partner, and fellow sitcom actress, wife Mila Kunis (Jackie Burkhart), Topher Grace (Eric Forman), Laura Prepon (Donna Pinciotti), Wilmer Valderrama (Fez), and Tommy Chong (Leo). That ’90s Show sees the return of Debra Jo Rupp and Kurtwood Smith as Kitty Forman and Red Forman, respectively, and follows their granddaughter, Leia Forman (Callie Haverda), and her escapades during the summer of 1995.

Will you be watching Ashton Kutcher’s appearance on That ’90s Show this year? Let us know in the comments down below!