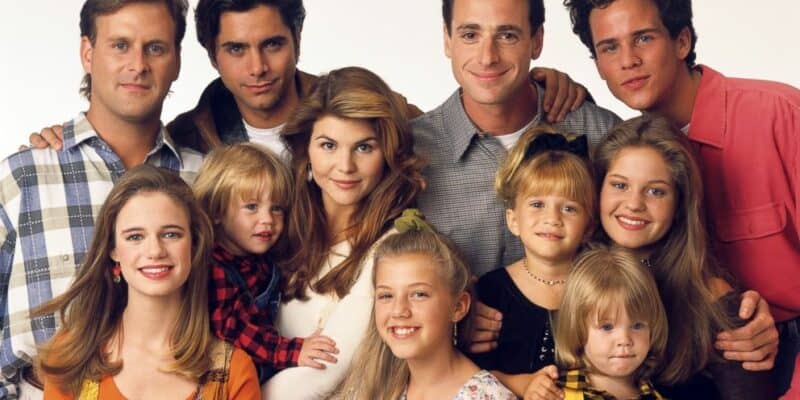 Full House actress and activist, Jodie Sweetin, was thrown to the ground by the Los Angeles Police Department this past weekend during a Pro-Choice protest rally condemning the Supreme Court’s decision to overturn Roe v. Wade.

Last week, the U.S Supreme Court overturned Roe v. Wade after almost 50 years, reversing the legislation set in place to protect a person’s right to abortion. The decision that the Constitution of the United States does not protect that right, in the ruling of Dobbs v. Jackson Women’s Health Organization, has sparked outcry across the country and worldwide.

The Full House star attended another non-violent rally this past Saturday, to protest the Supreme Court ruling to overturn Roe v Wade.

A video of the incident began to make the rounds online after it occurred. The footage depicts an LAPD officer grabbing and pushing Sweetin before the actress falls forward to the ground. A group of fellow protestors quickly rushes to help Sweetin up, while other admonish the line of police officers. The incident appears to occur along a freeway exit that the protestors had blocked.

The Full House actress released a statement following the incident which can be seen here; Sweetin said:

“I’m extremely proud of the hundreds of people who showed up yesterday to exercise their First Amendment rights and take immediate action to peacefully protest the giant injustices that have been delivered from our Supreme Court […] Our activism will continue until our voices are heard and action is taken. This will not deter us, we will continue fighting for our rights. We are not free until ALL of us are free.”

Following the news, which broke on Friday, June 24, 2022, just weeks after a draft opinion on the subject was leaked, companies like The Walt Disney Company and Dick’s Sporting Goods sent out employee-wide memos expressing support for those wishing to travel to another state for abortion healthcare, and in most cases, stating that travel expenses would be covered.

Follow Inside the Magic for more updates on this subject