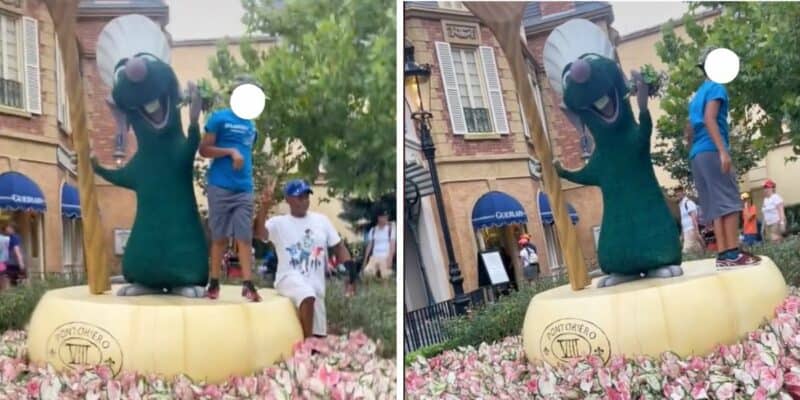 Now, two more Walt Disney World Guests were spotted in an unauthorized and off-limits area, this time at EPCOT and involving an adult and a child.

In a video posted to TikTok, you can see an adult and a child, who assume to be father and son, climb over the fence and into the flower bed to get closer to the Remy topiary. The child then climbs onto the Remy topiary right before you hear a Disney Cast Member telling them they cannot be in there.

The adult and child then proceeded to get off the Remy topiary and walk back through the bed of flowers before leaving the restricted area.

This incident happened yesterday, August 24. You can see the video below or by clicking here.

As a reminder, the Walt Disney World Resort, as well as the other Disney Parks like the Disneyland Resort, have strict measures in place when it comes to prohibited activities while on property. For Walt Disney World specifically, which is where this incident took place, the website shares including the following is strictly forbidden: