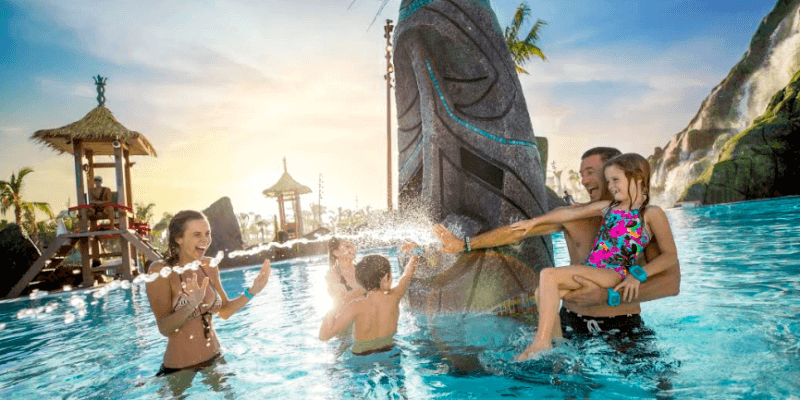 A man has been charged with theft and damage after breaking into the Universal Orlando Resort, an arrest report finds.

From locations like Diagon Alley at The Wizarding World of Harry Potter and attractions like the new Jurassic World VelociCoaster at Universal’s Islands of Adventure to Despicable Me Minion Mayhem and E.T. Adventure at Universal Studios Orlando, the Resort is one of the most visited and popular theme parks in the world. In the future, Universal will welcome a third theme park gate with Universal’s Epic Universe which includes the new Super Nintendo World.

So popular, in fact, that one man decided to break into Universal’s Volcano Bay and pour himself a $50 drink. ClickOrlando reports on the incident at the Universal Park:

A man walked into a Volcano Bay restaurant after hours, poured himself a drink and broke the doors to get out of the place last month, Orlando police said.

A 32-year-old Illinois man was arrested on June 22 in connection with the incident and faces burglary and petit theft charges.

The incident took place at Krakatoa Katy’s at the water theme park, and while the reasons behind the man’s actions aren’t reported, Orlando Police saw the 32-year-old enter the restaurant via surveillance footage, proceeding to go behind the counter and pour himself a drink. The report continues:

After that, officers said the man tried to exit but the doors were locked, so he slammed his shoulder into the door a few times, causing the locks on the doors to break.

Police said they caught the man when he asked Universal Orlando security to help him locate a lost item.

According to an arrest affidavit, the damage to the doors cost about $1,700 and the stolen drink amounted to about $50.

While many Guests respect the rules (and the law, in this case) at theme park Resorts, there have been a number of incidents reported over the past few months at both Universal Orlando Resort and at Walt Disney World Resort. At Universal, one mother was arrested on grand theft charges after she and her family bypassed the ticket barriers essentially stealing thousands from the Resort. At Disney World, records show an altercation between spouses led to an arrest on assault charges at Disney’s Animal Kingdom Theme Park, while the Magic Kingdom Ferryboat is notorious for after-hours scuffles.

Live the carefree island life at Universal’s Volcano Bay™, an all-new water theme where thrills and relaxation flow in perfect harmony. Here, the TapuTapu™ wearable lets you hold your place in the ride queues and reveal wondrous surprises with just a wave of your wrist. It’s a tropical paradise just steps away from everything Universal Orlando Resort™ has to offer.