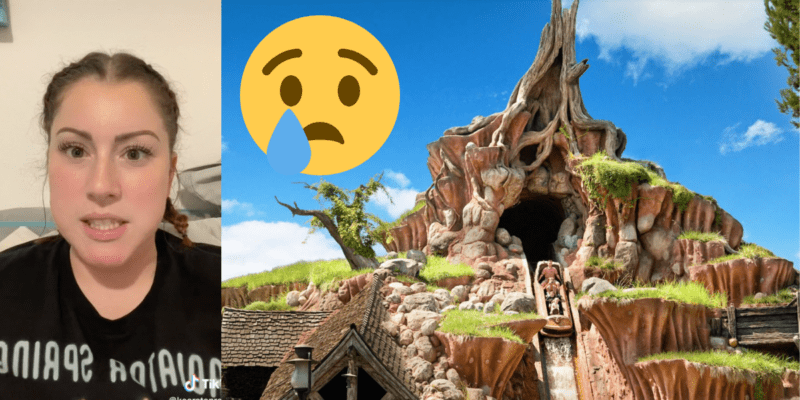 Tens of thousands of Cast Members make magic happen daily at Walt Disney World Resort. Each Cast Member plays a unique role at the Disney Parks and Resort hotels, from housekeeping to the animal care team at Disney’s Animal Kingdom.

Rachele has worked at EPCOT, Magic Kingdom, and Disney’s Hollywood Studios during her time with The Walt Disney Company. She currently works at Splash Mountain ahead of its Princess and the Frog (2009) retheme.

One of Rachele’s TikTok followers asked her what it was like working at Walt Disney World Resort. Rachele says the experience of working at the Disney Parks is “going to be what you make it out to be.”

“It is a lot. If you have thick skin, Disney’s great! But if you get your feelings hurt easily or if you don’t take negative criticism in the best way, or if you feed off of negative energy more than positive energy, it’s rough,” Rachele says in the video.

“You can go from getting complimented on how wonderful you are doing as a Cast Member from a Guest in one second to the very next person chewing you out for something that’s out of your control,” Rachele notes. “For instance, I get yelled at on a daily basis for us having to close due to inclement weather in the area.”

According to Rachele, Splash Mountain Cast Members regularly deal with Guests exiting the Splash Mountain logs in the middle of the ride.  Additionally, they’re regularly chastised if the ride closes for technical issues or needs to be evacuated.

“I got called a b**ch on Christmas Day at 6 a.m. because I asked a man to step onto the road when he was on a sidewalk. So, it is a really, really tough job,” Rachele recounts.

“It’s heavy enough having the safety of people in your hands and then having people get mad because you care about their safety, like their child not being tall enough to ride,” Rachele says. “…Then having to deal with people who are going to be feeling any emotion under the sun possible and taking it out on you, whether it’s actually your fault or not.”

At the end of the day, Rachele says the good outweighs the bad and she “really loves it,” but she wants to warn others that might not know what they’re getting into.

It’s important to note that Rachele is voicing her personal opinions and doesn’t speak for The Walt Disney Company or brand.

Though Splash Mountain will reopen as Tiana’s Bayou Adventure in 2024, a closing date hasn’t been announced for the Song of the South (1946) themed water ride at Walt Disney World or Disneyland Resort. From Disney:

Though ride breakdowns are frustrating, it’s often out of the Cast Members’ control. It’s important to always be kind.