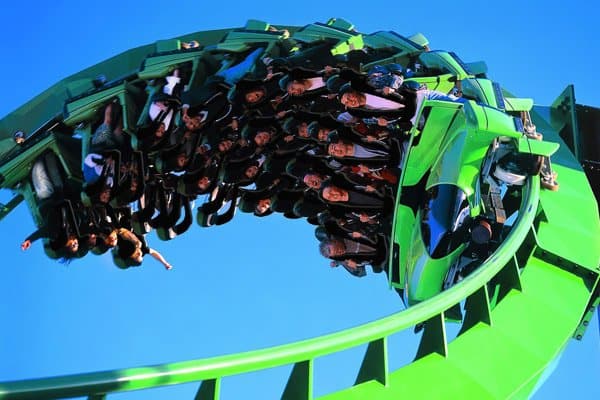 A Guest was recently arrested after getting into a physical altercation at Six Flags Great America.

As reported by Lake & Mchenry County Scanner, a man has been arrested after allegedly pushing a police officer at Six Flags Great America. The man is also alleged to have hit a security guard in the face. This all transpired during a fight at the theme park.

The incident started after a Gurnee police officer arrived and attempted to get Tabor to stop fighting with another patron. Tabor refused and pushed the officer down. Then, a security guard tried to break up the fight, which is when Tabor allegedly struck the guard in the face.

Tabor then resisted arrest. Lake County Judge Veronica O’Malley set Tabor’s bond at $20,000, calling his actions “serious.” Despite the large sum of money, Tabor posted bond and was released on Monday. Tabor has effectively banned from Six Flags Great America, as he was ordered not to have contact with the amusement park.

Six Flags Great America found itself in a little bit of controversy recently in a story we reported on earlier this year. Other theme park properties have their own names for the programs they offer to assist disabled Guests, but the ultimate goal in all cases is to make the Park experience as pleasant as possible for those who struggle with mobility or have other physical issues.

A Guest visiting Six Flags Great America experienced an unfortunate breakdown of the property’s disability services, leaving her horrified. Eventually, the Guest was told that Six Flags would buy her “an ice cream cone,” which is where the story ended.