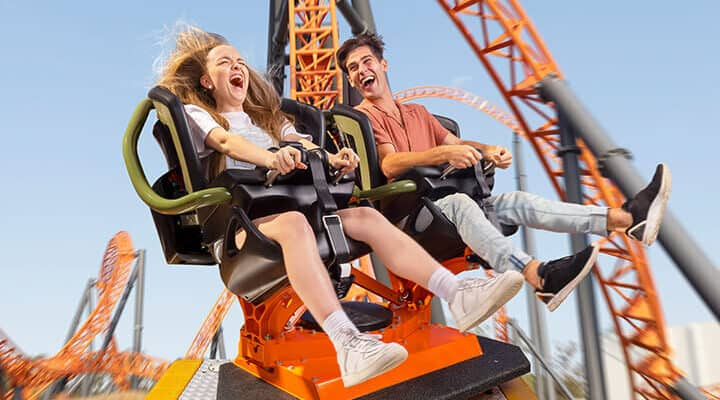 Environmentalists were enraged after finding out that a popular theme park in Queensland, Australia, diverted nearly 3M AUD in taxpayer money to build a new rollercoaster, ignoring plans for a koala research facility, for which the government had initially granted the money.

The 2.7M AUD — about 1.8M USD — granted to Queensland’s Dreamworld in 2019 were initially issued to fund a new, state-of-the-art koala research facility aimed at tackling issues in the native animals, including high rates of chlamydia, as part of the Park’s conservation activities.

However, the money was “redirected” by theme park officials to build a new roller coaster, Steel Taipan, which recently opened as Australia’s only triple launch roller coaster. This decision was taken after successfully arguing that the money would be better spent on the coaster and approved by the Queensland state government; more specifically, by Queensland’s tourism and innovation minister, Stirling Hinchcliffe.

As reported by PerthNow, Mr. Hinchliffe stated the following:

In view of the Future Lab project being placed on hold, the Queensland government approved that the funding previously approved for the research facility be repurposed to support the construction of the new ride, taking into consideration the immediate impacts of the pandemic and the appeal of new tourism offers likely to attract returning domestic visitors and international tourists when borders reopened.

The decision was partly influenced to pursue a boost in the state’s tourism industry and employment following the substantial impact the ongoing COVID-19 pandemic has had on it and the entire world.

The construction of the research facility would have been essential for helping the endangered species, which is predicted to be extinct by 2050.

A Dreamworld spokeswoman commented the following regarding the Park’s actions:

Dreamworld acknowledges and thanks the Queensland government for permission to repurpose the grant in question for the building of Steel Taipan; an attraction offering tremendous benefit to the rebuilding of the tourism industry and to employment in Queensland.

Gold Coast City councilor Hermann Vorster said the decision would anger taxpayers and impact koalas. In an interview with Nine News, he stated the following:

I think the government has helped Dreamworld build a ride but the taxpayer has been taken for a ride and unfortunately the koalas have become short-changed too.

I think it’s ridiculous to be blaming covid on this decision.

The community should have had full transparency if the government changed their minds because maybe then people would change the government.

Per the Park’s website, Dreamworld is Australia’s favorite theme park, with rides, slides, and wildlife all in one place on the Gold Coast, Australia’s playground. The Park hosts around one million visitors each year with a staff of more than 1200, including ride operators, lifeguards, engineers, entertainers, animal carers, and many more.

The Park has over 20 attractions, from family rides to thrilling attractions, including Steel Taipan, the polemic new attraction discussed in this article.

Now striking at Dreamworld is a reptilian rollercoaster experience with a top speed of 105km/h and a G-force of 3.8!

You’ll hang on tight as Steel Taipan snakes around 1.2km of twists, turns and three gut-lurching launches! With 4 inversions and the world’s first “Tailwhip” – a spinning seat at the rear of the train, this experience will have enough venom to leave you reeling.