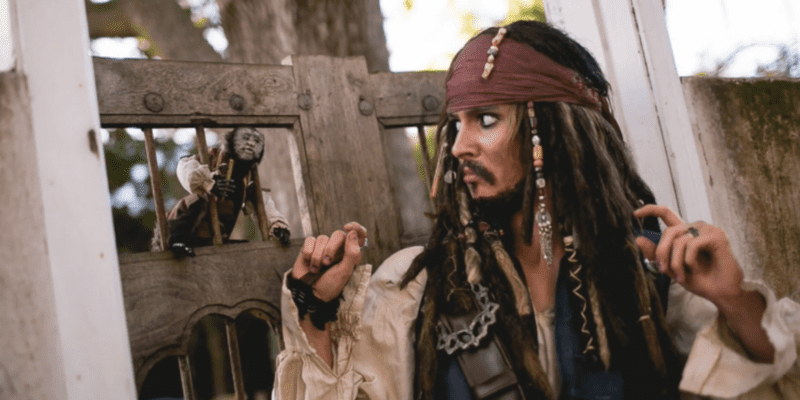 A Pirates of the Caribbean co-star is speaking out about the Johnny Depp trial, something they call “disturbing.”

A six-week trial between Johnny Depp and Amber Heard came to an end earlier last month and, yet, the case continues to be a popular topic of conversation among people across the nation.

Mr Depp was awarded $10.35 million in the defamation trial while Amber Heard was given $2 million in damages. Heard, who is known for her role in Aquaman alongside Jason Momoa, has said that she plans to appeal and has even been reportedly in talks for a “revenge tell-all” book that could yield her millions.

Johnny Depp, on the other hand, has expressed the desire to be done with legal battles and move on. The star, known for his role as Captain Jack Sparrow in Pirates of the Caribbean, has since released songs and is in the midst of several more projects.

A co-star in the Pirates of the Caribbean franchise, Naomie Harris, recently shared her thoughts on the Johnny Depp vs. Amber Heard court trial.

Harris, who plays the voodoo priestess Tia Dalma (Calypso) in the Walt Disney Pictures franchise sequels Dead Man’s Chest and At World’s End, recently shared that she believed the whole situation was “quite disturbing.”

“It’s hard not to have followed that case because it was so rammed down our throats every day,” Harris said. “It was all over social media, all over the news, everywhere. I think there’s something quite disturbing about that, actually, because there are some serious events happening in the world that deserve much greater airtime than they’re having because this kind of thing is being aired.”

While there have been rumors that Johnny Depp could return to Disney to reprise his role as Captain Jack Sparrow, a spokesperson for Depp shared that those rumors of a deal were not truthful.

Disney reportedly turned its back on Johnny Depp far before the trial took place. In the midst of the trial, POTC producer Jerry Bruckheimer confirmed that Depp had been replaced with Margot Robbie for the lead role in the next installment of the franchise.

While there were rumors that Johnny Depp’s character could be replaced in the popular attraction at Magic Kingdom in Walt Disney World or Disneyland Park, this has not happened to this point and Disney just finished a refurbishment at Disneyland Resort in which Captain Jack Sparrow was still very much a part of the Disney Park ride.

What do you think of Naomie Harris’s comments? Let us know in the comments!