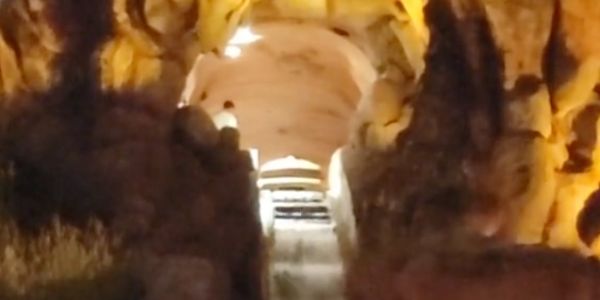 A few Guests recently had quite a time on Disney’s Splash Mountain, hanging on by a thread, or in this case, a briar.

Related: “Who Is Wearing the Claws” in ‘Wakanda Forever’? Fans Weigh In

While the Disney Parks are filled with classic rides like “it’s a small world”, Pirates of the Caribbean, and Space Mountain, few attractions can compete with the legendary status that Splash Mountain has achieved over the years. Splash Mountain is everything Disney Park fans dream of, including a great story, fantastic animatronics, and a thrilling experience that the whole family can enjoy.

Unfortunately, this is not always the case and in a video shared on social media recently, some Guests may never want to ride the attraction ever again.

The video in question was shared on TikTok which you can check out below, thanks to @disneygirlca:

Another user, @brifimusic also posted about the incident on TikTok:

As you can see, Splash Mountain broke down at Disneyland recently, leaving Guests hanging just before the final drop. We are unsure why the ride stopped working but even the work lights came on, indicating the problem may be more than just a brief stop.

For those who may not know, Splash Mountain is set for a major retheme! Announced a few years ago, Splash Mountain will eventually become “Tiana’s Bayou Adventure” and will open in late 2024. While we don’t know much yet, the ride will be a complete overhaul and feature characters from Disney’s The Princess and the Frog (2009), completely getting rid of the controversial Song of the South (1946) themes and characters that ave been used for decades.

More on Splash Mountain at Disneyland: