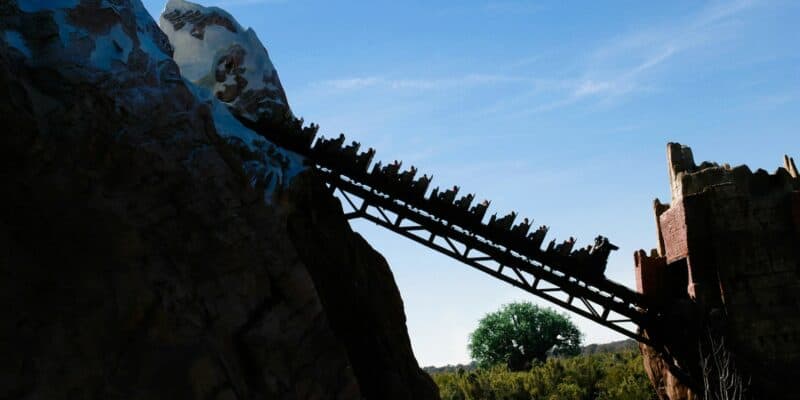 Expedition Everest is set to go back under construction at Walt Disney World Resort.

When visiting a Disney Park, there are attractions that Guests simply can’t miss.

From iconic rides like Haunted Mansion and Pirates of the Caribbean at Magic Kingdom to thrilling attractions like Twilight Zone Tower of Terror and the all-new Guardians of the Galaxy: Cosmic Rewind, and so much more, there is always something fun to experience while in Disney World.

One of the most popular attractions at Disney’s Animal Kingdom is Expedition Everest.

The beloved coaster has become a staple at the Disney Park and the iconic Mount Everest has been one of the most popular draws since its opening nearly two decades ago.

Disney recently completed a refurbishment of the attraction and reopened it this spring. However, it seems construction may not be done with the attraction, after all.

Wander into a Tibetan village at the base of Mount Everest and board a train to the “top of the world.” Beware: Some say a legendary snow monster lives deep in the mountain.After a steep ascent, your train picks up speed and races into the darkness. Without warning, a broken and twisted track appears in front of you. Brace yourself as you plummet backward into total darkness. Inside the cavern, the mythical tale comes true as you see the shadow of a massive, growling beast!Race to escape the cursed mountain—before the Yeti claims another expedition.

Do you love Expedition Everest at Disney’s Animal Kingdom? Let us know in the comments!