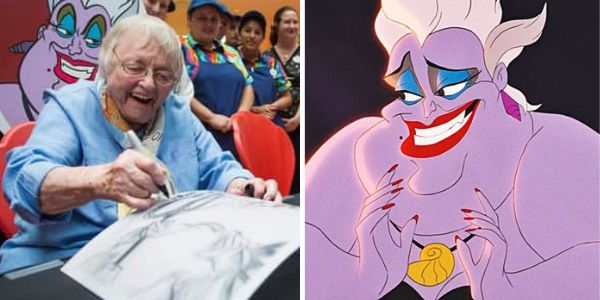 Pat Carroll, the legendary voice behind Ursula, one of Disney’s most iconic villains, has just passed away. Carroll was 95 years old at her passing. This was confirmed by Deadline just minutes ago.

Though Disney has a wide array of iconic characters, including heroes, villains, princes, and princesses, few characters compare to the legendary status Ursula has in Disney’s The Little Mermaid (1989). Carroll voiced Ursula, and it’s hard to imagine anyone else bringing as much life to the character.

Carroll was a frequent film actress and television guest star, appearing and working on the Jimmy Durante Show, The Danny Thomas Show, Laverne & Shirley, ER and many other shows. She also, most notably, voiced Ursula in The Little Mermaid (1989) and even priced vocal work in several cartoon series.

Carroll was born May 5, 1927, in Shreveport, Louisiana, and moved to Los Angeles when she was five years old. here is where she soon began acting in local productions. She graduated from Immaculate Heart High School and then attended Catholic University of America. Carroll also enlisted in the US Army.

Ursula was not just represented in Disney film and television but also found her way into the Disney Parks in many forms. An impressive animatronic of the figure can be found at both Disneyland and Walt Disney World, of course featuring the iconic voice of Carroll.

Carroll started acting professionally in 1947, with her first film being Hometown Gir (1948). Carroll won an Emmy Award for her work on Sid Caesar’s House in 1956 and became a regular on the sitcom Make Room for Daddy from 1961 to 1964.

Carroll died at her home in Cape Cod, Massachusetts while recovering from pneumonia.

Who is your favorite Disney villain?