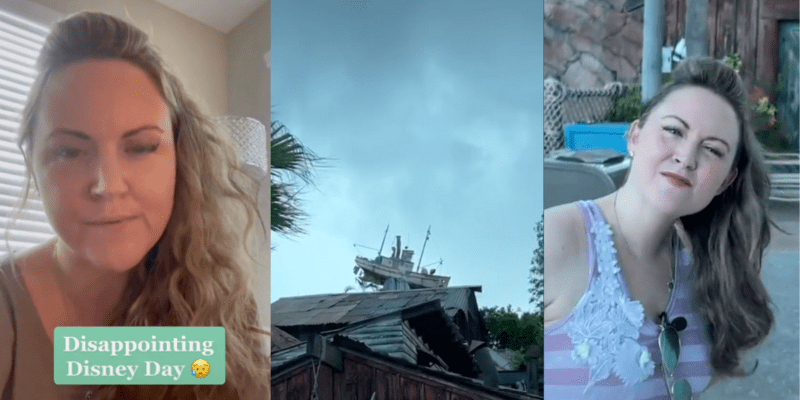 Though H2O Glow Night can be a blast, it can also be canceled last minute due to inclement weather. That happened to Tiktok user @neverlandnavco and her party on Saturday. She shared a video detailing her experience:

Though the Guest understood that the H2O Glow Night party was cancelled due to lightning, she reported a “less-than-magical” experience on the phone with Walt Disney World Resort Guest Services afterwards.

“We were told when we were leaving that we needed to call Guest Services to try to get rebooked or to get refunded or whatever,” the Disney Park Guest explained. “I was on hold for so long, almost three hours.”

When the Guest finally got to speak to a Cast Member, she was disappointed in the response. According to the Guest, the Cast Member immediately said, “Yeah, we’re telling everybody to go to Guest Services at Disney Springs to rebook.”

The Guest and her family are Florida locals, but live in Tampa, which is over an hour away from Walt Disney World Resort.

“I’m not going to necessarily drive out there to go stand in line there after I’d been on hold for like three hours. It was just craziness,” the Guest said in the video. “And then I told her, ‘I don’t think I’m going to have an opportunity to get out to Disney Springs in the next couple of days,’ that we live in Tampa and not Orlando.”

According to the Guest, the Cast Member was frustrated and said “Oh, I guess we’ll make an exception for you.” However, the Guest said the process of rebooking over the phone was “no problem.”

“I don’t know why in the first place they wouldn’t have done that,” she said. “It was a super non-magical experience.”

In the comments of her video, the Guest clarified that she understands it was an issue with the Disney Guest Services call center’s higher-ups and doesn’t have a problem with the individual Cast Member she spoke to.

Has a Guest Services Cast Member ever gone above and beyond for your family? Let us know in the comments.