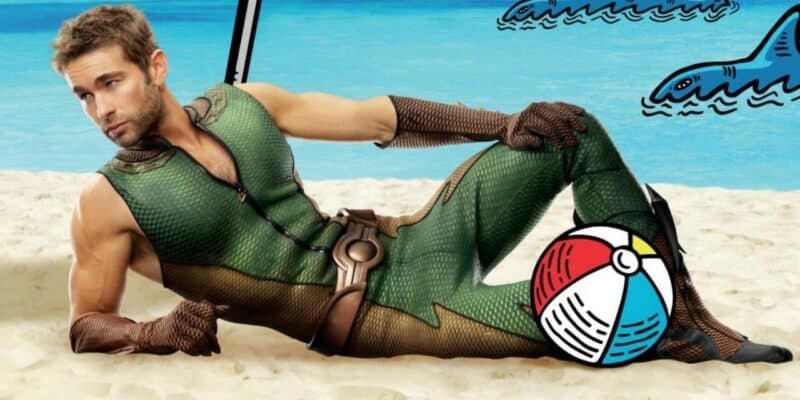 At the moment, Chace Crawford has been making headlines for his role as Kevin Moskowitz/The Deep on Amazon Prime Video’s hit series, The Boys.

Related: It Was Sebastian Stan’s Fault His Mom Missed His ‘Black Panther’ Cameo

Alongside Karl Urban (William “Billy” Butcher), Jack Quaid (Hugh “Hughie” Campbell, Jr.), Erin Moriarty (Annie January/Starlight), Antony Starr (Homelander), and a host of other cast members, Crawford has made waves in the super hero series that turns the idea of heroism completely on its head.

Before Crawford was getting a little too cozy with Timmy the Octopus, though, he was taking the Upper East Side of Manhattan by storm as Nate Archibald on the original version of Gossip Girl.

Related: Ryan Reynolds and Blake Lively Reportedly on the Rocks, “Very Good at Faking It“

Recently, Crawford spoke out about living and filming in New York City from 2007 to 2012 when the series was the toast of the town. He recently appeared on Badgley’s podcast, Podcrushed, where he said:

“New York City, I have this romanticized love for, I’m still in love with that city because of it,” he said. “But we were given the keys to the city at a crazy time, a lot of partying and access to different things that you can sort of get caught up in. That was, at the same time, okay in your early 20s and a lot of fun, but you are kind of like Mickey Mouse to Disneyland, you know. People see you and you’re like this character in this city.”

Related: “Lock Up Your Children!” the First Trailer For Hocus Pocus 2 Is Here!

Badgley responded, saying he couldn’t fully relate to Crawford’s experience — and that his time on Gossip Girl was more more akin to his own character’s “outsider looking in” life:

“That whole keys to the city thing — it’s so silly because… it’s not a sensitive topic, but at the time it was — I did not feel, I still felt like I didn’t know how to get into the club… literally the clubs. I didn’t go out as much as the rest of the crew and I often felt uncomfortable because I didn’t feel like I was as easily able to get in.”

In an amusing twist, this isn’t the first time Disneyland has come up with a Gossip Girl star — Lively previously shared that, while growing up in Southern California, she was once sent to “Disney prison” at Disneyland Resort!

You can watch the entire reunion between “Lonely Boy” and “Golden Boy” below:

Badgley most recently appeared on the hit series You, in which he played stalker Joe Goldberg, from 2018-2021. Crawford is currently gearing up for Season 4 of The Boys and has two films, Reunion and Riptide, in the works.

Did you watch Gossip Girl in the early 2000s?