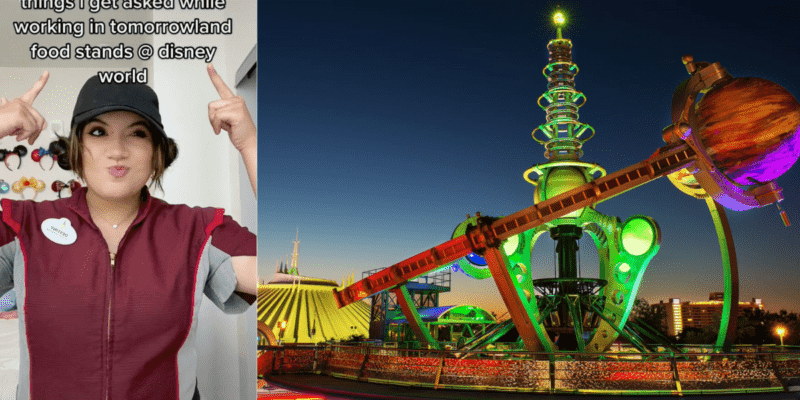 Guests from around the world visit Walt Disney World Resort, so it’s only natural that there are some cultural differences between Cast Members and Guests at the Disney Parks.

In the first video, the Disney Park Cast Member highlights questions like “What flavor is the lime Dole Whip?” and “What’s in the cream cheese pretzel?” – two items whose names are pretty self-explanatory.

Related: Disney Cast Member Feels The Cast at EPCOT Is “Sabotaging” the Park

Hilariously, she notes that some Guests point at Astro Orbiter, a spinning Tomorrowland ride on top of the PeopleMover, and ask if they can eat there. A former Cast Member, @cvaska, commented that he used to work at Astro Orbiter and had similar experiences:

I worked at Astro Orbiter, the amount of times people tried ordering from me at greeter or thought the Astro line was the lunching pad line was a lot

In her second video, the Cast Member highlights some strange food customizations that Guests requested:

Additionally, she points out that Guests will regularly ask if their mobile order is ready even though their phone says it isn’t, and will ask her to bring them a table “because these are all full.”

The Cast Member also claims that a Guest ordered her to “go to the front and remove the menu immediately because it’s wrong.”

It’s important to note that these videos are lighthearted and not meant to be a negative reflection of @okayitsdestiny’s experience working at Walt Disney World Resort.