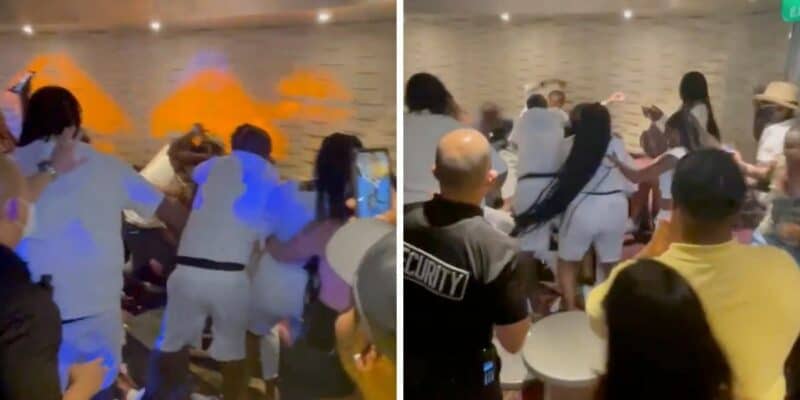 The skirmish started in a nightclub on the fifth floor of the Carnival Magic ship at around 2 a.m. after the angry lovers confronted their respective partners for two-timing on the seven seas, according to James, a travel agent who watched the fracas from her room.

The brawlers then began shoving each other and smashing beer bottles, and a woman may have been sliced during the melee, which quickly spiraled out of control, James said.

According to the witness, the fight lasted about an hour and even ended up flowing into the casino area on the same level of the ship.

The brawl eventually moved from the fifth floor to the first, but the altercation wasn’t physical the whole time, according to James.

The security team aboard the ship tried to break up the fight, but they eventually had to call the US Coast Guard. Luckily, the brawl ended up breaking up and James credits security for getting it under control.

It is unclear at this time if anyone involved in the brawl was arrested, but Inside the Magic will update you if we get any information.

Have you ever witnessed a brawl on a cruise ship? Let us know in the comments below.