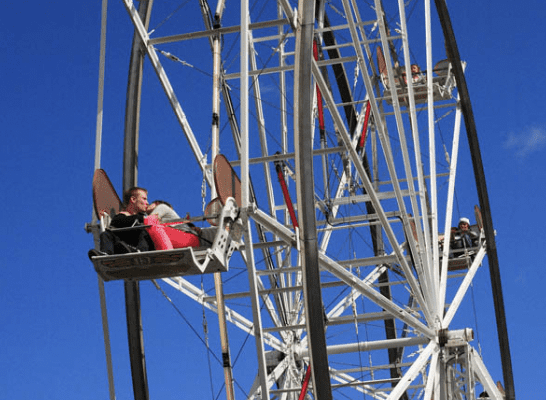 Yet another theme park was forced to close after a brawl broke out.

No matter what amusement park you visit, whether it be a Disney Park in Walt Disney World Resort or Disneyland Resort, or if it is one of the hundreds more around the nation, including Universal Orlando Resort, Universal Studios Hollywood, Six Flags, Busch Gardens, SeaWorld, the all-new Lost Island Theme Park, or many others, you want to know that you’re safe when visiting.

However, a recent string of incidents at theme parks involving Guest behavior has forced many theme parks to amend their policies and take a look at safety measures.

California’s Knott’s Berry Farm recently saw several fights break out in one night, forcing staff members to close down the Park. As a result, Knott’s Berry Farm introduced a chaperone policy that will no longer allow those ages 17 and under to enter the theme park without an adult aged 21 and over.

In addition, a massive brawl between families broke out at Magic Kingdom recently, resulting in arrests and hospitalizations. If that weren’t enough, just down the road at Universal Orlando Resort, the CityWalk area was placed on lockdown after reports of a potential shooter scare. In the end, the Orlando Police revealed that there were no weapons and no shots had been fired, but there had been a fight between teenagers.

Now, yet another amusement park was forced to shut down after a brawl broke out.

Oaks Park in Portland, Oregon was forced to shut down this past Friday evening after a fight broke out, reports from KGW8 indicate. The amusement park shut down an hour and a half early because of “unruly behavior and altercations involving a number of patrons.”

During the altercation, a security guard reported that they heard a teenager on the phone tell someone to “come shoot up the Park.” However, police questioned the teen and they said that they were only calling for a ride home and that someone else from an opposite group had made the statement.

No arrests were made, but the teen was trespassed from the amusement park at security’s request.

Oaks Park released a statement following the incident, which said:

“Customer and staff safety is always our top priority at Oaks Park,” said Emily MacKay with Oaks Park. “Unlawful behavior is not tolerated on our property and we have measures in place to deal with individuals who choose not to respect our staff or their fellow park guests.

“Those protocols were followed yesterday when an incident involving several patrons became a cause of safety concern for park management. We appreciate the outstanding response from yesterday’s park visitors who quickly and courteously followed our directions and vacated the park without further incident. We look forward to many more days of family fun with our friends and neighbors.”

The amusement park reopened on Saturday and everything ran smoothly, according to reports.

What do you think of these incidents? Let us know in the comments.