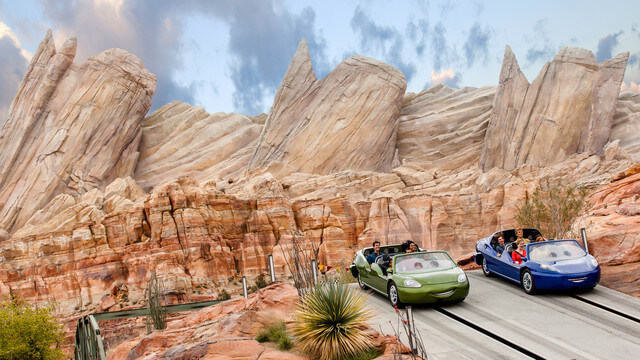 Both Disneyland Resort and Walt Disney World Resort are home to some of the most iconic attractions anywhere.

Disney Park Guests visit the Resorts from around the world to completely immerse themselves in the magic. Over at Disney California Adventure– just across from Disneyland Park in Southern California– an immersive Cars Land takes Guests to Radiator Springs to experience attractions featuring their favorite characters from the beloved Disney Pixar Cars franchise.

One of the most popular attractions in the area is Radiator Springs Racers.

The attraction just closed down for a brief refurbishment following a reported fire and it seems that it still may be having some issues even now as it has reopened.

User @rxssie recently shared a video on TikTok of two cars slightly colliding at Radiator Springs Racers. You can check it out here.

As you can see in the video, the collision wasn’t massive and no one was hurt. But, it did lead to Disney Cast Members having to get Guests off the ride and look under the hood to presumably locate the problem and see what might have caused the collision to happen.

There have been rumors that a Cars-themed attraction similar to Radiator Springs Racers could take over the space currently occupied by Test Track in EPCOT or the Tomorrowland Speedway in Magic Kingdom at Walt Disney World Resort. At this point, however, Disney has not confirmed any changes or plans in the works. If you’re at Disney World, you can visit Lightning McQueen’s Racing Academy at Disney’s Hollywood Studios.

Have you ever had a similar experience while riding a Disney attraction? Let us know in the comments!