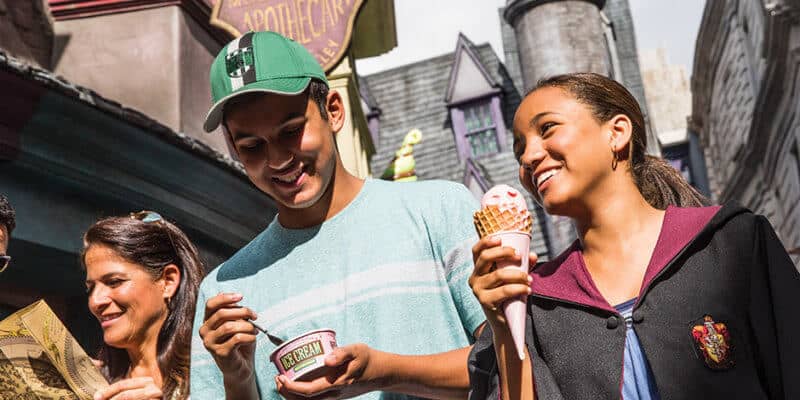 Moments before Universal Permanently closed a popular store, one Guest set out to buy a ton of merchandise.

Over the years, we have seen many rides, attractions, and experiences unfortunately close at the Universal Studios Resort in Orlando, Florida. In the past few months alone we have lost Shrek 4-D, Classic Monsters Cafe, and just recently, the Williams of Hollywood Prop Shop.

While these may have not been the most popular experiences that the Resort can offer, this doesn’t mean there aren’t passionate Guests out there who want to remember these defunct locations.

One Universal Guest took things to the next level, however, setting their sights on the previously mentioned Prop Shop. In a post shared on Twitter, you can see exactly what TheConnorWebb (@TheConnorWeb) purchased before the store closed:

Hi my names Connor and I bought 500 Shrek 4-D glasses. Williams of Hollywood you will be missed

Hi my names Connor and I bought 500 Shrek 4-D glasses.
Williams of Hollywood you will be missed pic.twitter.com/W8ByBhu7BB

As you can see, the Guest bought a whopping 500 glasses from the closed Shrek 4-D attraction, meaning they likely own most of the green plastic 4d glasses in the entire world. This dedication further shows how loyal Universal Guests truly are.

As mentioned earlier, Universal recently closed down The Classic Monsters Cafe, which had been a staple at Universal Studios Florida for more than two decades. Many fans were stunned to hear this popular eatery close, fearing it may also be taken over by Minions. Fans also feared the old Shrek 4-D attraction would be replaced with Minions, as construction walls also featured the yellow “creatures”.

The Williams of Hollywood Prop Shop joins the Classis Monsters Cafe as well as the likes of Back to the Future: The Ride, Twister: Ride It Out, Earthquake, JAWS, Beetlejuice Graveyard Revue, Kongfrontation, Shrek 4-D, Jimmy Neutron’s Nicktoon Blast, and Disaster! A Major Motion Picture Ride Starring You! as attractions retired at Universal Studios Florida.

Do you already miss the Prop Shop at Universal in Orlando?