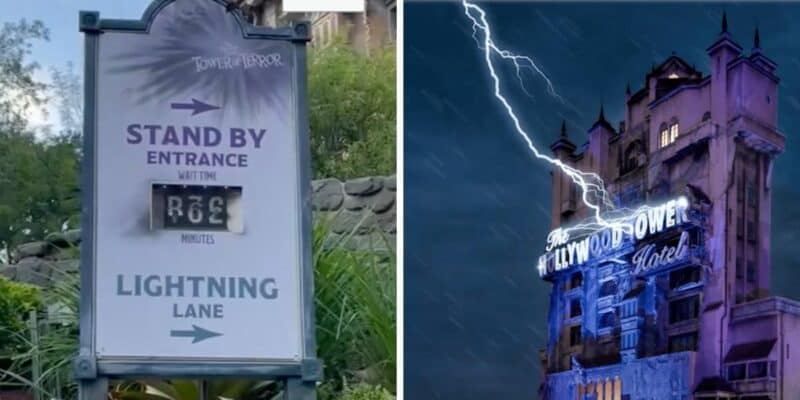 But Guests felt as though they were actually in the Twilight Zone when they noticed the wait time sign outside the ride completely malfunctioning.

Guests recently visiting Disney’s Hollywood Studios were in for a surprise when they walked down Sunset Boulevard and saw the Tower of Terror sign malfunctioning. It was like something right out of the Twilight Zone!

Annual Passholder and Disney World Guest, Kari Fishmuck, captured the malfunctioning sign on video, which you can see below.

The ride was still fully operational when this video took place, so perhaps that the wait times sign was just struck by the same lightning Guests are “hit” with when boarding the maintenance service elevator.

What is your favorite detail when you ride the Tower of Terror at Disney’s Hollywood Studios? Let us know in the comments below!