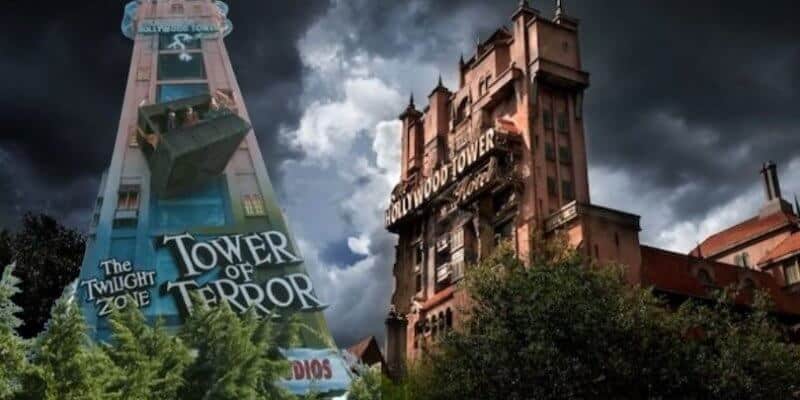 When Guests used to drive down World Drive, they would be met with an enticing promotional sign of Disney’s Hollywood Studios’ Tower of Terror. The sign is of a free-floating elevator shaking and moving within the famous Hollywood Tower Hotel that got Guests excited to enter the theme park and take on this thrilling ride.

However, for quite some time, the elevator on the Tower of Terror sign on World Drive was not in motion — Instead, the sign simply stood still. Though, the Tower of Terror billboard still promoted the popular Disney’s Hollywood Studios attraction, it’s obvious that without the movement of the elevator, it is not as enticing for Guests.

Well, we have some great news as Disney World has finally fixed this famous Tower of Terror sign and the free-falling elevator is once again moving and shaking! You can check it out in Streaming the Magic’s YouTube video below.

The Twilight Zone Tower of Terror is a thrill ride located at Disney’s Hollywood Studios theme park in Walt Disney World Resort. It takes Guests into the 5th dimension after hopping aboard a maintenance service elevator.

Related: #DisneyMagicMoments Takes You Into the 5th Dimension on Tower of Terror

In case you aren’t familiar, the official description of Tower of Terror at Disney’s Hollywood Studios theme park reads:

Are you excited to see the Tower of Terror sign back in motion? Let us know in the comments below.

Do you want to visit Disney World on your next vacation? Get started planning today!