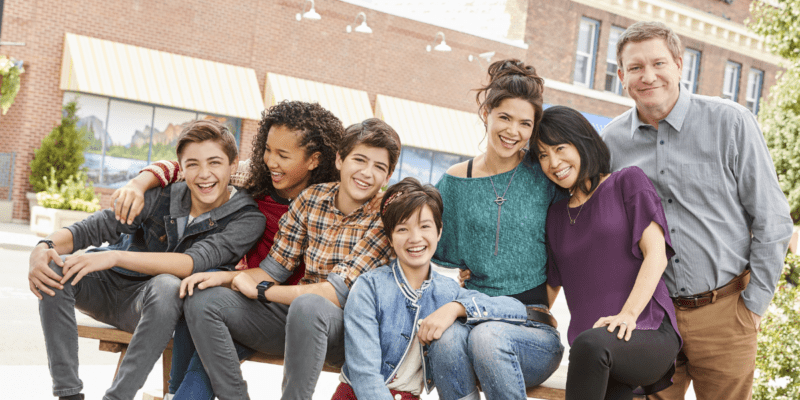 Stoney Westmoreland most recently portrayed grandfather Ham on all three seasons of Disney Channel’s Andi Mack. This week, the former Disney actor was sentenced to two years in federal prison and ten years of supervised release.

Westmoreland struck a plea deal after being charged with enticement of a minor over the Internet, which carries a potential sentence of up to ten years in federal prison. His attorney, Wendy Lewis, told TMZ that Westmoreland pleaded guilty to a lesser charge of using interstate facilities to transmit information about a minor.

The former Disney actor was initially arrested in Salt Lake City, Utah, in 2018 when authorities claimed he arranged online to meet and have sex with a 13-year-old using a dating and hookup app.

On December 24, 2018, Westmoreland was charged with six felony counts for allegedly attempting to have sex with an underage boy.

Westmoreland must comply with DNA collection and register as a sex offender, according to plea deal documents obtained by TMZ. The actor must also turn over all his devices and login information to authorities for random search and inspection.

According to People, Westmoreland is also “restricted from contact with individuals who are under 18 years of age without adult supervision.”

However, court documents obtained by Deadline allege that Westmoreland took a ride-sharing service to a hotel on December 13, 2018, to meet who he believed was a 13-year-old boy. The actor was arrested, and Disney fired him hours later.

Police documents allege Westmoreland sent pornographic photos to the undercover officer posing as a minor and asked who he believed to be a 13-year-old to send nude pictures and engage in sexual acts.

Andi Mack, which premiered on Disney Channel in 2017 and ended after three seasons in 2019, is known for showcasing Disney Channel’s first gay character, the first deaf character portrayed by a deaf actress, unplanned pregnancy, and the struggles of living with a learning disability as well as panic attacks.

The series stars a 13-year-old Asian American girl as she struggles through middle school and a complex relationship with her older sister, Bex. All three seasons are available to stream on Disney+.

Do you think Stoney Westmoreland received a fair sentence?