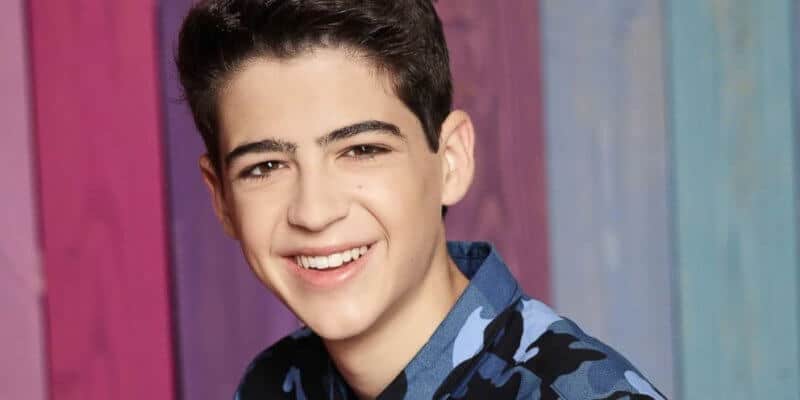 “Andi Mack,” one of Disney Channel’s most popular TV shows, has just made Disney Channel history as one of its characters said the words “I’m gay,” marking the first time any Disney Channel character has ever said these words on the cable channel.

GMA reports Joshua Rush, who plays the role of Cyrus, just became the first Disney Channel character ever to say the words “I’m gay” in a moving scene that aired last week. In the emotional scene, Cyrus is joined by his friends at his grandmother’s shiva, the first week of mourning observed by those of the Jewish faith for someone who’s passed away. This is when Cyrus finds it the right time for him to come out to his best guy friend Jonah, played by actor Asher Angel.

GMA reports that Cyrus had previously come out to his friends Andi and Buffy in two separate past episodes of the show, but has never actually said the words “I’m gay” until now.

“Taking on the role of Cyrus has been one of the most fun things I’ve ever done in my life,” Rush told GMA “Being Jewish, being 14, going to middle school, having this small, close-knit group of friends, and being gay are all just parts of his personality,” he affirmed.

Since the episode’s premiere, Rush reports the reaction to his character coming out has been “overwhelmingly positive.” He said, “Over the last few days I’ve really gotten to see the myriad of ways that both this new coming-out scene for Cyrus, and this Jewish representation of his family, has affected the fans.”

Jonathan Hurwitz, the writer of the special episode of “Andi Mack” recently shared in a blog post published by GLAAD that he was driven from his own experience to write the episode “as someone who’s Jewish, has dealt with long-term anxiety, and has come out to his friends and family.”

In the blog post, Hurwitz wrote that he used his experience from his own coming out to write the storyline of Cyrus coming out to Jonah. “In spite of Cyrus’ nerves about telling Buffy, Andi, and now Jonah, he continually underestimates how much people accept him for who he is,” he wrote. “No matter how ‘weird’ or ‘different’ he feels (his words from Season One), his friends will always be right by his side, loving and supporting him.”