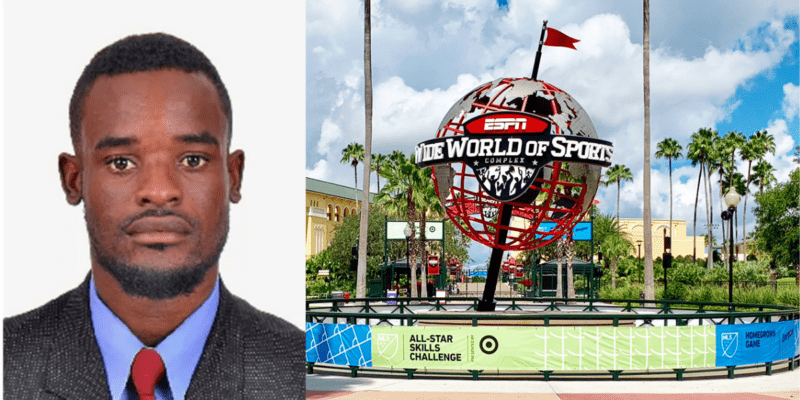 Louis Jacques Wilguens, 25, was last spotted getting off a bus at Disney’s All-Star Sports Resort at 4:30 p.m. on Saturday, June 11. He was wearing red sandals, blue jeans, and a white Special Olympics shirt with “Haiti” written on it.

Wilguens was scheduled to fly back to Haiti on Sunday but hasn’t been heard from since. The Special Olympics USA Games 2022 were held at Disney’s ESPN Wide World of Sports Complex from June 5-10.

Six Haitian Special Olympics men’s soccer team members were reported missing from Disney’s All-Star Sports Resorts on June 7. According to FOX News, all six men turned in their room keys and left all of their belongings behind.

The six athletes were last seen at the soccer games’ venue at 701 S Victory Way at about 2:30 p.m. on June 6. According to NBC News, the Osceola County Sheriff’s Office has expanded its search efforts for the Haitian athletes.

Anyone who contacts the six missing members of the Haitian Special Olympics soccer team or has information about their whereabouts is asked to contact the sheriff’s office at 321-697-4546.

The Osceola County Sheriff’s Office doesn’t suspect foul play in any of the seven missing cases and believes them to be an “isolated incident.”

“We are in communication with Walt Disney World, Special Olympics, and our Law Enforcement and Federal partners. At this time, we believe this is an isolated event and do not suspect foul play,” the sheriff’s office said.

It’s not clear what Wilguens’s connection is to the Haitian Special Olympics soccer team.

Inside the Magic will report on any updates in these missing person cases. Don’t hesitate to contact local law enforcement if you have any information on any of the missing men.