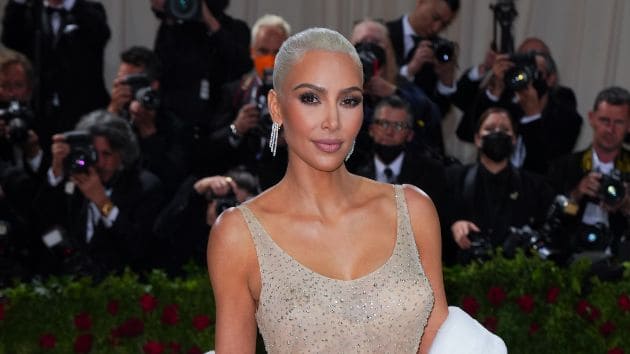 Internationally-renowned celebrity and entrepreneur Kim Kardashian has been in the limelight for years.

The ex-wife of Kanye West and mother of North West, Saint West, Psalm West, and Chicago West, has been the center of attention lately as details have risen about her relationship with Pete Davidson and the launch of her new 9-step skincare line, titled SKKN by Kim.

Now, it seems the celebrity is receiving a little bit of backlash following comments she recently made that some have deemed to be “disgusting.”

In a recent interview with The New York Times, Kim Kardashian admitted that she’d “eat poop” if it meant she’d look younger.

“If you told me that I literally had to eat poop every single day and I would look younger, I might. I just might,” she joked.

Of course, as a result of these comments, many social media users called the comment “disgusting.

“Why do I feel this means she already has,” wondered one Instagram user, with another commenting, “How much poop is the question.”

Some even questioned the active ingredients of the new SKKN by Kim skincare line.

“Is poop the active ingredient in SKKN???” a critic asked after reading the piece.

The SKKN by Kim product will be dropping on June 21. The official description for the skincare line reads:

Introducing SKKN BY KIM, an efficacious nine-product skincare collection sitting at the intersection of elevated simplicity and innovative science. Born out of Kim’s dream to bridge the gap between the world’s most renowned dermatological experts and people at home seeking high-performance skincare, SKKN BY KIM launches on June 21 at 9a PT / 12p ET exclusively here.

The Kardashian family (Keeping Up With the Kardashians) are known for being Hollywood reality TV sensations.

Kim Kardashian, Khloe Kardashian, and Kylie Jenner are also known as big fans of Disneyland Resort and Walt Disney World Resort, having celebrated many of their kids’ birthdays there in the past with all sorts of special Guests and big-name celebrities. The family just recently received backlash after Kim Kardashian, Khloe Kardashian, and their children cut the line and shut down the Tea Cups at Disneyland. Kylie Jenner’s bodyguard also went viral while at Disneyland after forcibly approaching a Guest who was filming them walking through the Disney Park.

What do you think of this comment from Kim Kardashian that is receiving backlash online?