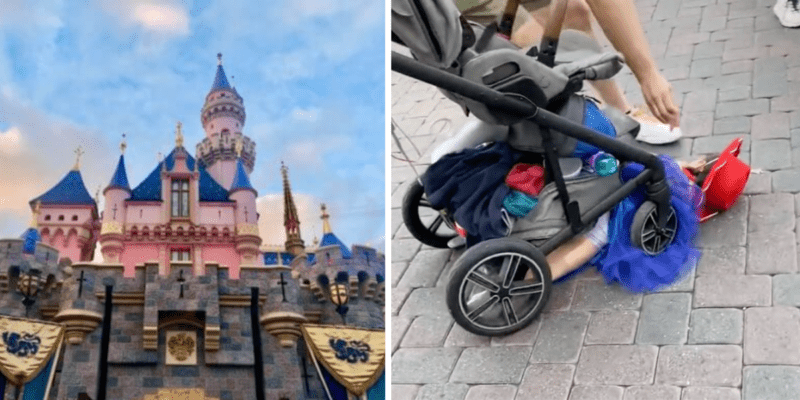 There is nothing more magical than visiting “the happiest place on earth.”

There is so much to see and do when visiting Disneyland Resort. Walking up to Sleeping Beauty Castle is always a dream, especially when you get to go inside and relive the story of Aurora and Maleficent. Riding classics like “it’s a small world”, Pirates of the Caribbean, Mr. Toad’s Wild Ride, The Haunted Mansion, Matterhorn Bobsleds, Splash Mountain, and more will have you feeling the magic, and craving a churro.

Toontown is currently gearing up for a massive change which will be revealed in 2023 with the reopening of the land, and the debut of Mickey and Minnie’s Runaway Railway. Plus, now at Disneyland, Guests can enjoy Star Wars: Galaxy’s Edge for some blue milk, or green milk, and ride Rise of the Resistance and Smuggler’s Run.

However, a recent experience for a young Disney Park Guest may not have been one they’ll want to remember forever.

User Alex1svelasco captured the moment on video and shared on TikTok.

As you can see in the video, the young Disneyland Guest fell out of the stroller and was subsequently run over while on the ground. The video has since received nearly 400,000 views.

Luckily, no serious injuries were reported in the accident and, hopefully, the young Guest went on to have a magical day at the Park.

This isn’t the only incident to unfold involving a stroller recently at the Disney Parks, some of which were a bit more serious. A Disney Cast Member recently shared a story of a couple who left their baby in the stroller parking area at Walt Disney World Resort in Orlando. The Cast Member explained that this kind of thing happens more often than one might think.

In addition, there have been several reported robberies from strollers left in the stroller parking area at both Walt Disney World Resort and Disneyland Resort.

What do you think of this incident at Disneyland? Let us know in the comments!