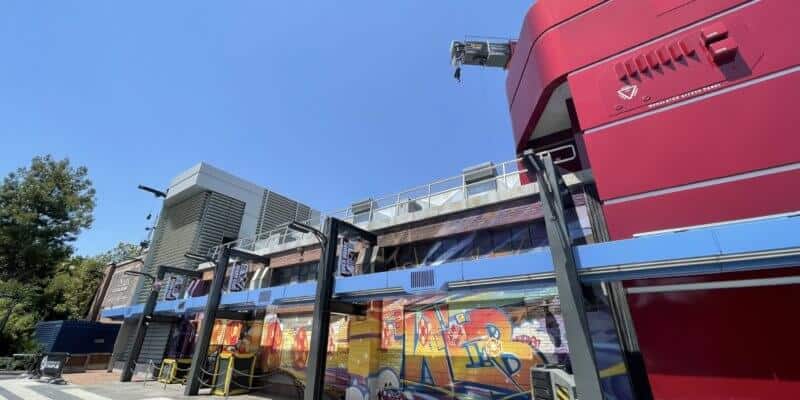 One of the newest experiences at the Disneyland Resort in Anaheim, California is the much-talked-about Avengers Campus which opened recently. This new land invites Guests to live out their own Marvel adventure and meet iconic characters like Loki, Black Widow, Doctor Strange, and of course, Spider-Man.

Spider-Man is featured in his own attraction, WEB SLINGERS: A Spider-Man Adventure as well as a show centered around an incredible freely-moving Spider-Man animatronic.

This weekend proved to be rough for the experience, however, with a viral video capturing the moment the animatronic Spider-Man came crashing down during a malfunction.

In the video, the Spider-Man animatronic can be seen swinging and quickly falling into the building on the other side. Crews could be spotted repairing what was damaged and the show went offline.

Fortunately, this did not last long as the show returned shortly after this incident as shown on the Disneyland app:

Watch as your friendly neighborhood Spider-Man tests new enhancements to his Spidey suit on top of the WEB SLINGERS: A Spider-Man Adventure building.

If you’re looking for more Spider-Man fun at Disneyland Resort, you don’t have to go far. WEB SLINGERS: A Spider-Man Adventure is an all-ages dark ride with no height limit so the entire family can join the fun. From Disney:

Were you in Disneyland during this incident?