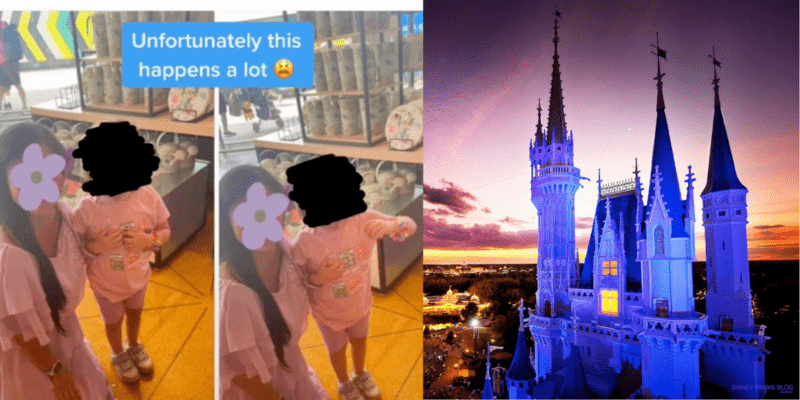 “We Don’t Talk About Bruno” is officially Disney’s biggest song ever, so it’s no wonder Guests are begging Disney to bring Encanto (2021) to Walt Disney World.

At Zocalo Park in Disneyland Resort’s Frontierland, Guests can greet Mirabel in a colorful photo location inspired by Colombian culture and imagery from the Disney Animation Studios film.

Executives have promised to bring more Encanto to the Disney Parks very soon, but for now, some Guests are coming up with their own ways to bring the magic of Encanto to life.

In a recent TikTok, a Disney fan showed off a Facebook post containing two photos of a young Guest with a woman she met at Walt Disney World’s EPCOT. The post explains that the little girl recognized the other Guest as Encanto‘s Isabella, with a similar dress and long, dark hair. The Guest played along and offered a photo with the child.

Though this was undoubtedly a memorable and magical moment for the young Guest, it’s important to remember that posing as a Disney character for photos and autographs with other Guests is against the Disney Park rules.

Disneybounding, or dressing in an outfit inspired by your favorite Disney character, is encouraged, but costumes are only allowed for special events. Even at those events, the dress code specifies not to pretend to be any Disney character for other Guests. From Disney:

For safety and liability reasons, only performing Cast Members may pose and sign autographs for other Guests.

Encanto is slowly making its way into the Disney Parks, including as a part of the Main Street Electrical Parade at Disneyland. But it quickly found its way into the hearts of millions of Disney fans of all ages. If you haven’t seen the film, it’s available for streaming on Disney+. From Disney:

If you’re headed to Disneyland or Walt Disney World, be sure to check the dress code before you go to make sure you’re prepared for your day at the Park.