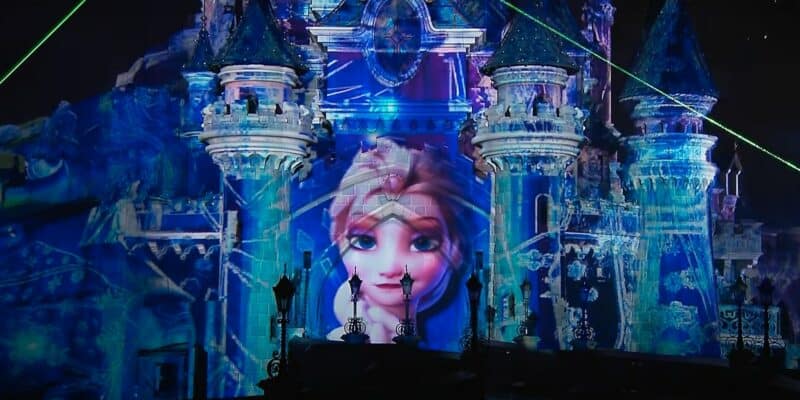 A Disney Park Guest recently felt they needed to get a better view of the fireworks.

No matter what Disney Park you visit– whether it be at Magic Kingdom, Disney’s Hollywood Studios, EPCOT, or Disney’s Animal Kingdom at Walt Disney World Resort, or Disney California Adventure and Disneyland Park at Disneyland Resort, 0r if you visit outside of the U.S. to Parks like Disneyland Paris– you’re sure to have a magical time.

One of the most magical portions of a trip to a Disney Park is ending the day with a nighttime spectacular.

At Walt Disney World Resort, Guests can enjoy Disney Enchantment and EPCOT Harmonious. At Disneyland Resort, the Main Street Electrical Parade, Disneyland Forever Fireworks Show, Fantasmic!, and “World of Color” are all back.

Just a few months ago, Disneyland Paris brought back its beloved nighttime spectacular Illuminations. The show utilizes drones and is a stunning sight to take in.

Recently, one Disneyland Paris Guest thought the show was so spectacular that they needed to get an even better view.

As you can see in the photo, the young Guest– likely helped by adults– climbed onto the roof of a building near Le Château de la Belle au Bois Dormant to get a better view.

Of course, this is not allowed. Disney Parks have rules against trespassing with Guests going into areas where they are not allowed. Roofs of buildings would be one of those locations. This isn’t the first time that a Guest has been found trespassing at a Disney Park. Just recently, a video was shared compiling many different times that Guests disregarded the rules and ventured into locations or areas where they were not allowed.

Magic lights up the sky every evening at Disneyland Park!

After an epic adventure in the Disney Parks, end your day with a dazzling finale* full of breathtaking beauty… and leave with your heart soaring.

Have you seen Disney Illuminations at Disneyland Paris? Let us know in the comments!